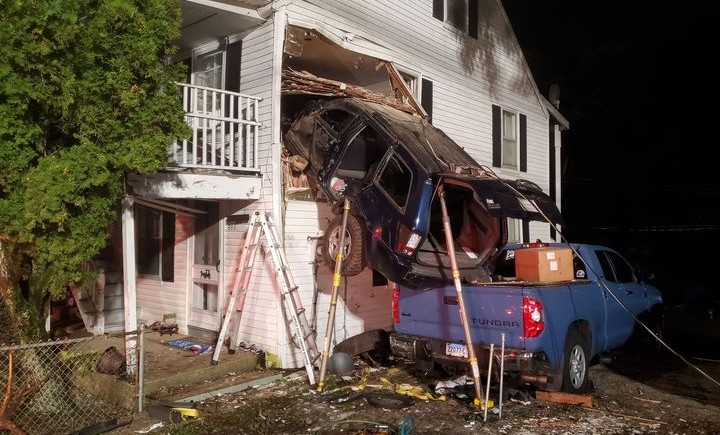 A man was held on bail after crashing into the second floor of a home on Saturday.

Upon arrival of the fire department, it was discovered that the driver was still in the vehicle with a power line resting on the roof of the car.

All residents of the house were out and accounted for.

Mutual aid was called in from the Norwich Fire Department and Emergency Management for assistance.

Firefighters secured power to the home and stabilized the vehicle once on the scene. Responders then used a bucket on the fire truck to gain access to the home and extricate the driver.

East Great Plain credited working together as part of the reason for a successful extrication.

“It’s not very often we get calls like this, but with coordinated teamwork, the patient was removed safely with no injuries to the firefighters, and a minor injury to one of the residents.”

According to WTNH, William Lassiter of Willimantic was transported to the hospital suffering from non-life-threatening injuries.

It was reported that Lassiter was hitting other cars with his vehicle prior to the crash into the home.

Lassiter was later held on a $75,000 bond due to an outstanding warrant.

The accident remains under investigation.