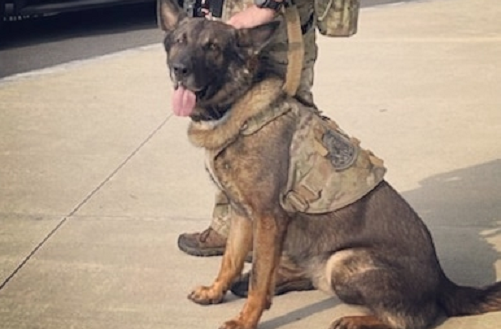 Two people were arrested on drug distribution charges thanks to a police K9 and a local bus driver.

According to Freetown Police K9, on Thursday, September 9, 2021, at approximately 10:30 a.m., Freetown Communications received a 9-1-1 call from a passing school bus driver about two parties appearing to be passed out behind the wheel of a pickup truck on Quanapoag Road. Freetown Officers responded and determined the male operator and female passenger were exhibiting signs of a narcotic overdose. As a result, both parties were taken into protective custody and transported by Freetown and Lakeville EMS to a local hospital for an evaluation.

During the subsequent inventory of the vehicle prior to it being towed, officers located several items of paraphernalia suggestive of drug possession. Officers stopped the inventory and requested K-9 Koda to the scene (from off-duty) for a narcotics search of the vehicle. Once on scene, K-9 Koda alerted to the presence of narcotics odor inside the vehicle, specifically targeting the glove box.

With the positive alert to narcotic odor, officers then began a search of the vehicle. The search located approximately 8 grams of a crystallized-white powdery substance believed to be crack-cocaine, a spoon with a white residue believed to be fentanyl, a large quantity of wax paper baggies (commonly used to transport narcotics such as fentanyl and heroin), a large quantity of glassine plastic baggies, a digital scale, and approximately 15 “crack pipes.”

Both individuals also have open court cases for distribution of narcotics.

As a result of the investigation, both individuals were charged with Possession with Intent to Distribute a Class B substance (cocaine) and Conspiracy to Violate Drug Laws.

The names of the two suspects were not released by police.