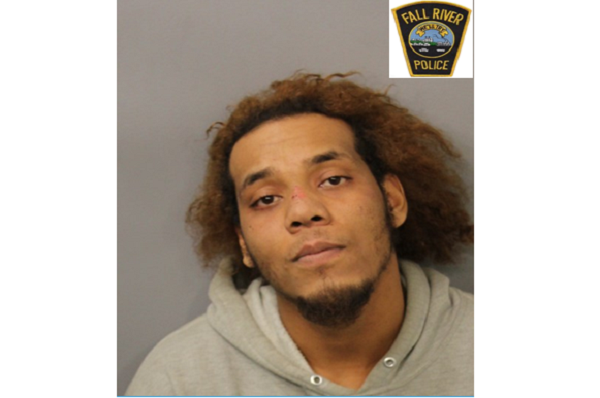 Fall River Police responded to a burglary call and recovered more than they expected.

On arrival, the 27-year-old female complainant stated that a neighbor called her earlier and told her that her ‘ex’ was breaking into her apartment through the bathroom window. Officers entered and checked the building and located an open bathroom window but not the ex-boyfriend.

The victim told Officers her Vizio television, Playstation 4 console, various games and controllers, and her bedroom set were some of the larger items taken. The complainant also told the Officers that her ‘ex’ rides a dark-colored peddle bicycle equipped with a motor.

While canvassing the area, Officers Pliess and McGuire located a dark-colored bicycle equipped with a motor. The bike was leaning against an open basement entry which was several buildings away from where the complainant was. There was an extension cord leading from the hallway to the basement. Believing their suspect was inside, the officers entered the basement and located a Vizio Television, PlayStation 4 console, various games and controllers, and a bed. The cord they observed supplied electricity to the television and game system. While looking for additional items that the complainant stated were missing, Officers located a backpack. Inside the backpack were additional video games and 2 firearms. One was an unloaded revolver and the other was a loaded 9 mm semi-automatic weapon.

As Officers continued to canvass the area, Officer Lopes located the ‘ex’ in front of the laundry building where he was taken into custody by Officer Magan.

The ‘ex’ is identified as Isaac Allende Jr, 26, with a last known address of 7 Old Colony Street #107. Allende Jr was taken into custody on charges of Unarmed Burglary, Breaking and Entering in the Nighttime for Felony, 2 counts of Possession of a Firearm, Possession of Ammunition without an FID card, larceny over $1200, and Receiving Stolen Property. One of the firearms was reported stolen from North Carolina.