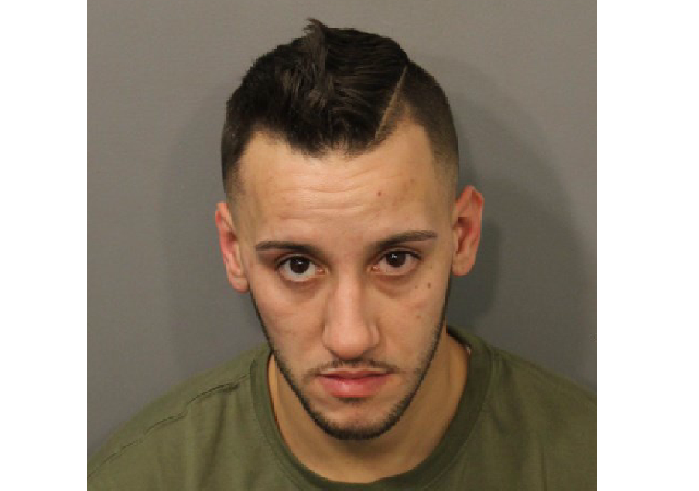 The FRPD has caught a suspect that they believe is involved in a rash of break-ins thanks to the help of the public.

The Fall River Police Department issued a “Community Alert” earlier this week as a result of a series of breaking and entering crimes that had occurred specifically to equipment trailers and utility body trucks. As a result of this alert, numerous tips were sent to the Major Crimes Division and an investigation lead by Detective Luis Vertentes and Detective Dwaine Cabeceiras was conducted.

According to Fall River Police, through video surveillance footage collected from scenes of the crimes and also from anonymous tips, a person of interest was developed and identified as Brandon Arruda (Age: 28). It also was discovered by review of video surveillance that that suspect was wearing what appeared to be a GPS tracking anklet very similar to the ones issued while individuals are on probation. It was also discovered that Arruda was in fact on probation and had been issued a GPS anklet. Further investigation with the assistance of Fall River District Court Probation Officer Mark Costa, Detectives learned that based on Arruda’s GPS history that he had been present at the majority of the reported break-ins.

Based on this information, an arrest warrant was sought and issued for Arruda. Detectives then were able to locate Arruda with aid of Probation. He was taken into custody without incident shortly after midnight this morning. Arruda faces numerous charges to include:

According to FRPD, without the assistance of the community, this small crime spree would not have come to such a quick resolution. Also the vigilance of the Detectives who were assigned to this case worked around clock to bring this individual to justice. The Fall River Police would like to thank all of those that helped in identifying this suspect. Arruda will be arraigned in Fall River District Court on Monday, December 3, 2018 for the charges listed above.