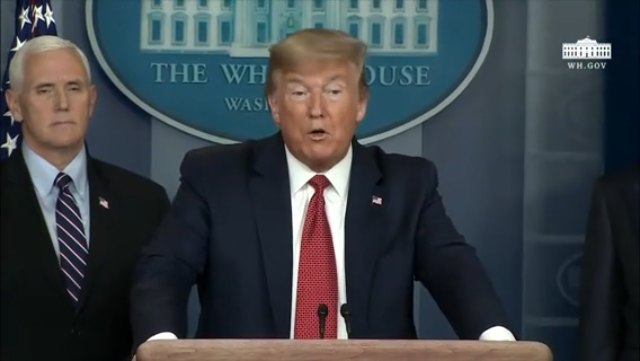 It appears that both the Republicans and Democrats in the House of Representatives can agree to disagree.

Both House Leaders for their respective parties are calling out the other side for lack of co-operation concerning bills for foreign aid and economic stimulus.

House Majority Leader Steny Hoyer spoke at a press conference this morning after House Republicans blocked his unanimous consent request to increase Economic Impact Payments from $600 to $2000 in the bipartisan COVID-19 relief bill that passed Congress earlier this week.

“Republicans had rejected proposals for stimulus checks in the bill that we passed and in previous bills. Last week, as I said, we reached a bipartisan agreement, we sent the bill to President Trump to sign, and only then, after we agreed on a figure we thought was too low for direct payments to families and children – $600 dollars – but the Republicans would not take a higher figure – only then did the President of the United States indicate that $600 was not enough. As a matter of fact, Secretary Mnuchin had indicated that the lower figure was appropriate. Believe it or not, Democrats agree with the President, at least to the extent that we need to sign this bill now. Six hundred is certainly not enough for individuals who have been struggling these past seven months and it isn’t enough to provide the boost our economy needs.”

“I urge the President to sign the bill we sent him so we can resume critical aid to small businesses, provide piece of mind to renters, resume expanded unemployment benefits, give food to those who are hungry, to assist our health care workers, to ensure that the vaccine is not just in vials but in arms. In sum, to make sure that the relief that the American people need and that the economy needs is adopted.”

House Minority Leader Kevin McCarthy stated on social media this morning that House Republicans moved to re-examine the foreign aid in the Omnibus, but Democrats blocked it.

President Trump has threatened not to sign the $1.4 trillion spending bill that funds the government through 2021, and the $900 billion COVID-19 relief bill that were passed together as one package. Trump had issues with both the foreign aid and the $600 payments believing there should be less foreign aid and a $2,000 per person payment or $4,000 per couple.

It is becoming more likely that Americans could have to wait until next year for a relief package, however, Trump hasn’t made 100% clear if he will veto the bill or not sign it.