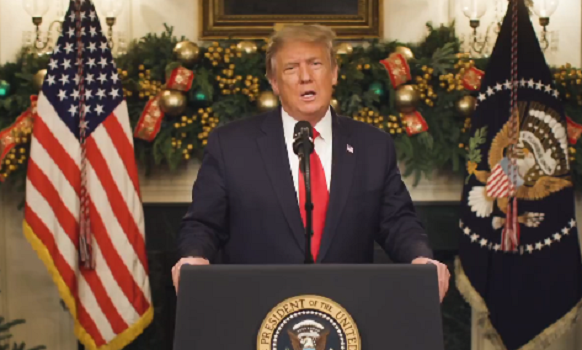 The COVID-19 relief package may not be signed by President Trump due to the way the bill is structured.

In a video he posted on social media, Trump blasted the $900 million dollar relief bill as being filled with money to other countries instead of to American citizens.

Trump states that some of the 5,000 page bill, that was handed to congress to vote on within a few hours, is filled with the following:

Trump also claimed that checks would be going to illegal immigrants.

“I am also asking Congress to immediately get rid of the wasteful and unnecessary items from this legislation and to send me a suitable bill or the next administration will have to deliver another COVID relief package and maybe that administration will be me and we will get it done.”

According to ABC News, most of Trump’s issues are actually related to the $1.4 trillion spending bill that funds the government through 2021, and not the $900 billion COVID-19 relief bill as the two were passed together as one package.

Senate minority leader Chuck Schumer announced some of the details in the bill on Sunday which included rental, SNAP, and child care help.