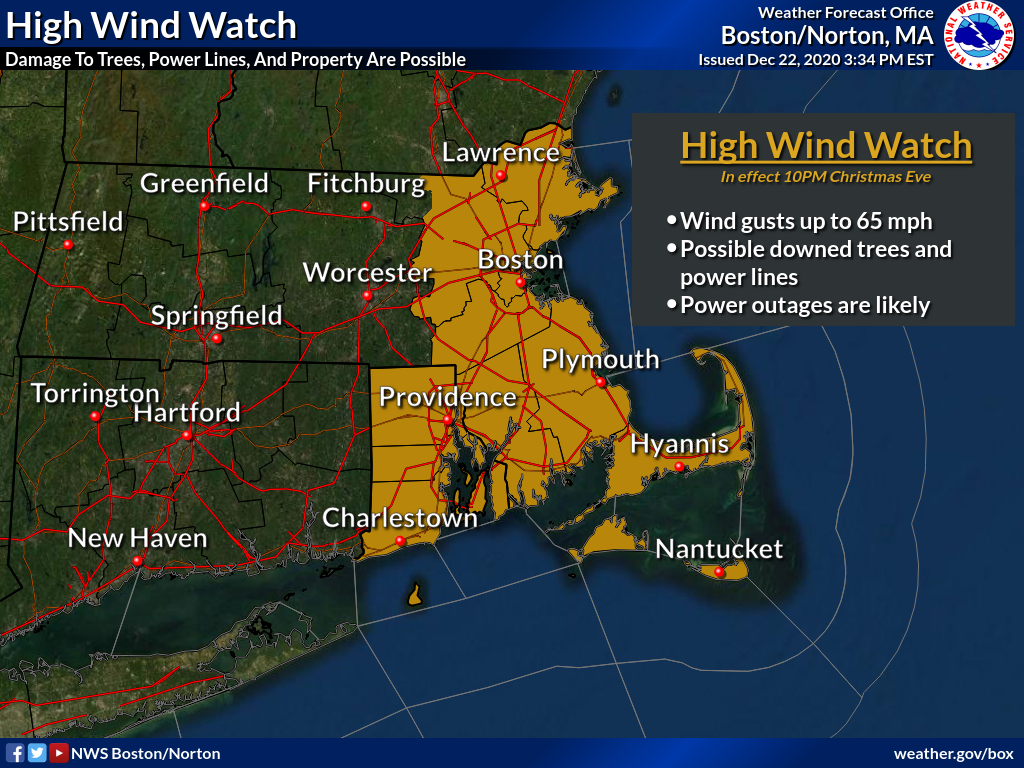 This Christmas, the weather outside is expected to be frightful, but not from snow.

According to the National Weather Service, portions of eastern, northeastern and southeastern Massachusetts and northern and southern Rhode Island have been issued a High Wind Watch from Thursday evening through Friday afternoon.

Damaging winds could blow down trees and power lines. Widespread power outages are possible. Travel could be difficult, especially for high profile vehicles.

The NWS recommends that you fasten loose objects or shelter objects in a safe location prior to the onset of winds.

Heavy rain and potential for some minor flooding is expected Christmas Eve into Christmas Day. Several inches of rain are possible.

On the bright side, temperatures are supposed to be warmer than average.

Thursday
A chance of showers, mainly after 4pm. Mostly cloudy, with a high near 55. South wind 7 to 14 mph. Chance of precipitation is 30%.

Thursday Night
Showers, mainly after midnight. Low around 52. Windy, with a southeast wind 17 to 26 mph, with gusts as high as 50 mph. Chance of precipitation is 90%.

Christmas Day
Showers, mainly before 5pm. The rain could be heavy at times. High near 58. Windy, with a southwest wind 23 to 33 mph decreasing to 11 to 21 mph in the afternoon. Winds could gust as high as 65 mph. Chance of precipitation is 90%.