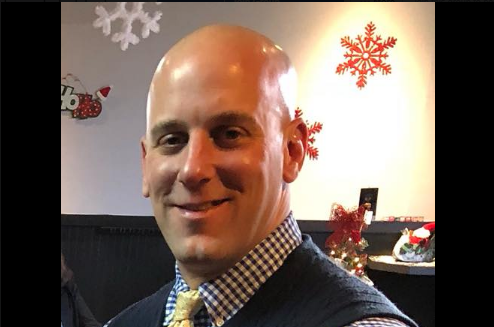 Politics is a tough game to play these days.

With social media and the internet, getting dirt or uncovering the past on a candidate running for office is easier than ever. Some will argue that this practice is scaring away qualified potential candidates. No place currently plays out this scenario better than the city of Fall River.

Recently it has come to light that multiple candidates running for office in Fall River have filed for bankruptcy or had a foreclosure. Some more than once. We even had this post in our Fall River Political Talk Group.


Trott Lee also addressed his foreclosure both in the past and again recently.

I’ve actually made some legitimate, bad decisions and mistakes in my life, but my foreclosure was definitely not one of…

It is understandable that the general public might have second thoughts voting for a candidate who has filed for bankruptcy. It poses the issue of fiscal responsibility or lack thereof. A bankruptcy filing, however, is not always what it may seem.

As Lee and Peckham have pointed out in different ways, there are different reasons for filing for bankruptcy/foreclosure. Some of the filings are the right move for the person involved. Sometimes they are unavoidable. In some circumstances, however, it can also be legitimate fiscal irresponsibility.

When it comes to deciding if a political candidate is still a viable one despite bankruptcy filings, time and context is everything.

A few things to consider:

1. How long ago was the filing?
2. How young was the candidate when they filed?
3. What were the reasons for the filing?

When the reasons why aren’t available, it can lead constituents to assume the worst. Candidates getting out in front of the issue leaves less of a guessing game.

This all leads into the next issue. Why run for office with all of the scrutiny?

It is hard to know for sure, but I don’t think it is a coincidence that in this election cycle, there were not enough candidates, both for city council and for school committee, to hold a primary election.

Prospective candidates generally have their eyes open. The chaos that has been present in the recent Fall River political climate doesn’t go unnoticed. Some of it has been self-inflicted, but it is hard to ignore the abuse taken by candidates on a daily basis on social media.

Many would say that public scrutiny comes with being a politician. For the most part that is true. It doesn’t take away from the fact though that people are watching. Future possible candidates are watching. You can’t help but wonder how many future candidates out there look at the landscape and say to themselves, why would I want to put myself and my family through this?

One final thing to consider. If we can elect a President that was involved in a handful of bankruptcies, why not a city councilor with less?