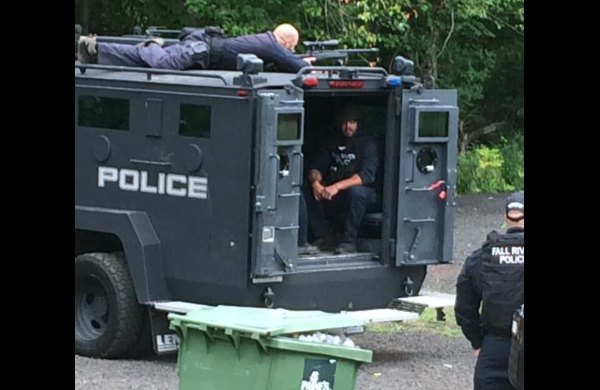 According to Police Chief Scott Labonte, the Berkley Police Department responded to a mental health crisis on Carlos Estates Drive just before 6:45 p.m.

Despite initial reports of possible shots fired, the situation was reportedly de-escalated without the use of force and without injuries to the individual or responding officers.

Scanner transmissions had stated that there was a suicidal male inside the residence armed with a gun with his wife also inside.

A “shelter in place” warning was also issued to Berkley residents.

The incident came to a conclusion with the assistance of the SEMLEC SWAT and Crisis negotiations team.

A peaceful resolution was achieved and the individual was assisted in receiving needed medical services, according to Labonte.