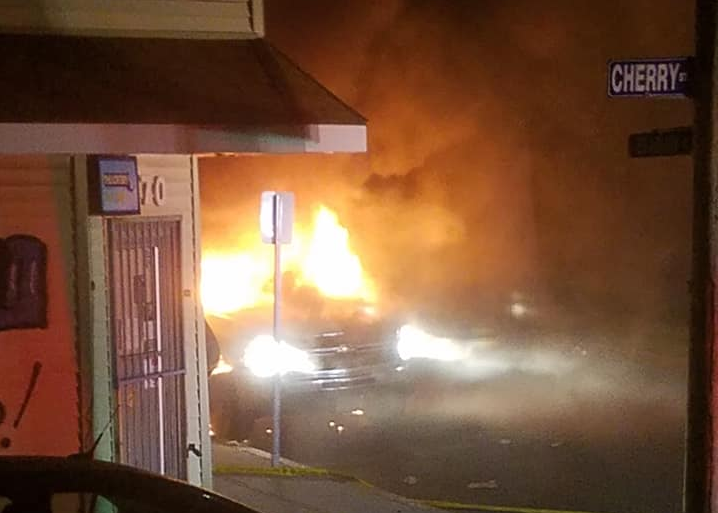 Fall River Police are looking for a suspect in a vehicle theft on Saturday.

According to witnesses, a truck with tools in the back was stolen during a wedding reception at Our Lady of Light Band & Banquet Facility on Quarry Street in Fall River at approximately 7:09 p.m. Saturday.

The key was reportedly stolen during the reception where it was mistakenly left on a table.

Witnesses have also stated that a man was kicked out of the wedding reception earlier.

The truck was later found fully engulfed on the corner of Cherry and Seabury Streets shortly before midnight without the tools. Arson was confirmed according to the victim who had been in possession of the truck.

The Chevy 2500 was white with green lettering on the sides before the fire occurred.

The tools stolen include several drills, a tool kit (lime green), and a saw.

If you have any information on the missing tools, the car theft, or the arson, contact the Fall River Police Department at (508) 676-8511.