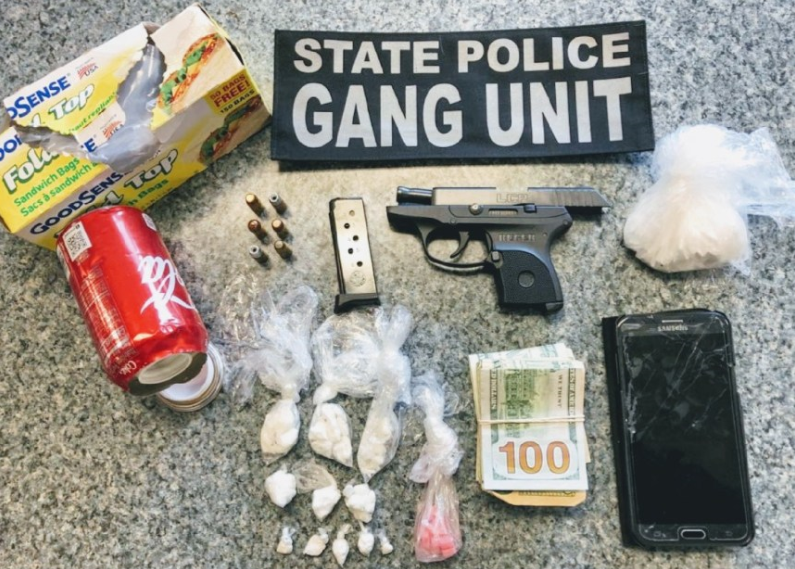 The Massachusetts State Police Gang Unit, working with Taunton Police and Troopers assigned to the State Police Detective Unit for Bristol County, got another illegally-owned loaded firearm out of the hands of a suspected drug trafficker last Wednesday.

On the morning of June 6, State Troopers and Taunton officers assigned to the Southeastern Massachusetts Gang Task Force went to a home at 101 Whittenton Street in Taunton to execute a search warrant. Surveillance of the home had revealed that the target of a narcotics investigation, Edward Green Jr., 33, of Apartment #1 at that address, was standing on the front porch smoking a cigarette.

Task Force members pulled up in front of the home to engage Green, who saws them and ran back into the residence. Troopers and officers announced several times that they had a search warrant as they chased Green into the first floor apartment. Simultaneously, other Task Force members made entry through a side door.

Task Force members observed Green run into an occupied bathroom in the apartment and try to hide in the shower. Green then fled into the kitchen where he violently resisted attempts by Troopers and Officers to subdue him. The suspect repeatedly punched and kicked at the Task Force members while stating that he wasn’t going anywhere. After a lengthy physical confrontation Troopers were able to secure Green, who continued to be defiant and resistant and tried unsuccessfully several times to flee the kitchen.

Because of Green’s ongoing physical tirade, four police detectives had to carry him to a cruiser, the backseat window of which he tried to kick out during the transport to the State Police Barracks in Middleboro.

Troopers and Officers then searched the residence and located the following items:

Green was booked at State Police-Middleboro on the following offenses:

He was expected to be arraigned in Taunton District Court last week.