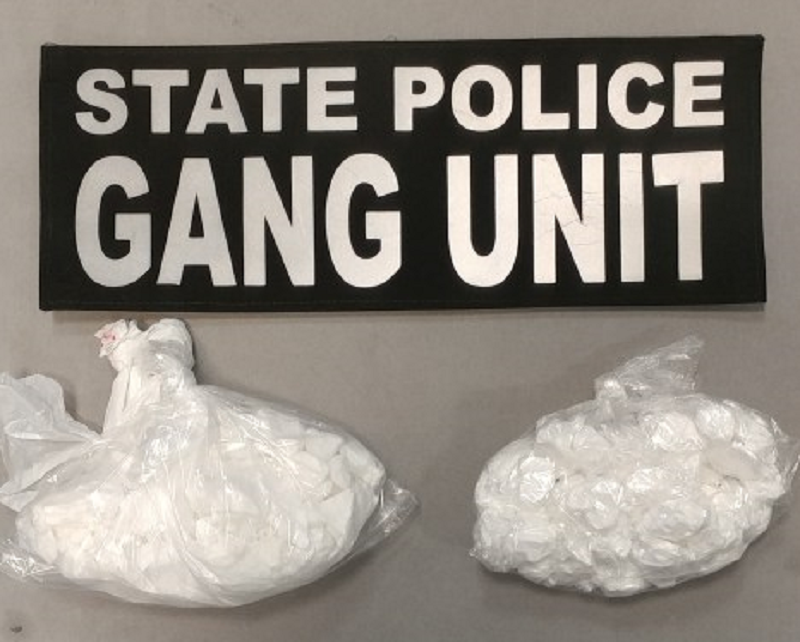 The front seat passenger, Emmanuel Berrios, 28, of Fall River, was found to be in possession of two large clear plastic bags, one containing approximately 100 grams of suspected cocaine and the other containing approximately 66 grams of the suspected narcotic wrapped in numerous plastic twists. MSP Gang Unit Troopers placed Berrios under arrest for trafficking in Class B cocaine, over 100 grams.

Additionally, the Troopers determined that the rear seat passenger, Mark A. Avery, 43, also of Fall River, was the subject of four default warrants out of Fall River District Court for narcotics offenses.

The suspects were booked at the State Police Barracks in Dartmouth and transported to the Ash Street Jail to be held pending court or bail.