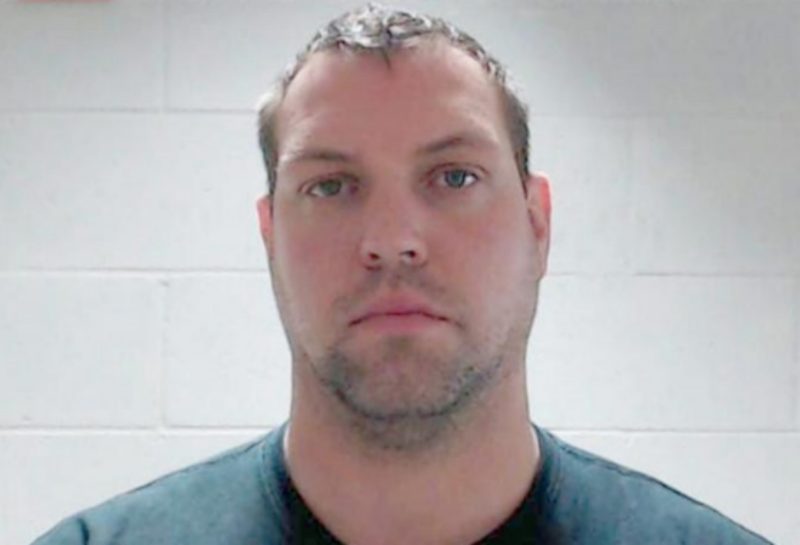 George Wamboldt pleaded guilty last week in Fall River Superior Court to a multi-count indictment, charging him with two counts of rape of a child and one count of unnatural acts on a person under 16.

The defendant met the victim while using the social media messaging app, Kik, in January of 2015. Despite learning early on that she was 14 years old, the defendant continued to communicate with and groom the girl. On multiple occasions, the defendant traveled to the victim’s house in Plymouth County, where sexual acts occurred.

On one separate occasion, he brought the victim to his apartment in Fall River where he used handcuffs to cuff her to the bed with her legs open, used a sex toy on her, and blindfolded her. He put his penis in her mouth and vaginally penetrated her twice in the same day.

At the time of the incident, he was an Auxiliary Police Officer with the Fall River Police Department, awaiting acceptance into the Police Academy.  He was dismissed from the program as soon as he was arrested.

In October of 2017, the defendant pleaded guilty to the crimes he committed in Plymouth County and received a seven to eight year state prison term.

During his sentencing hearing, Judge Susan E. Sullivan made it clear the defendant would not receive any time credit for the days he has already served in prison, meaning he will serve the full eight to 10 year state prison sentence.  Judge Sullivan also placed the defendant on supervised probation for three years, which will begin upon his release from prison. The special conditions of his probation will include registering as a sex offender; submitting his DNA; have no contact with the victim; must wear a GPS monitoring device with specialized zones when victim is in Massachusetts; must undergo sex offender counseling, must have no unsupervised contact with minors except can live with his own kids with permission of the Court.

“I am pleased that this defendant was held accountable for this perverted behavior with a girl much younger than him.  His position as auxiliary police officer at the time of these offenses is particularly disturbing,” District Attorney Quinn said.  “He will serve additional prison time on top of the sentence that he is serving in Plymouth County for other sexual offenses with the same victim.”