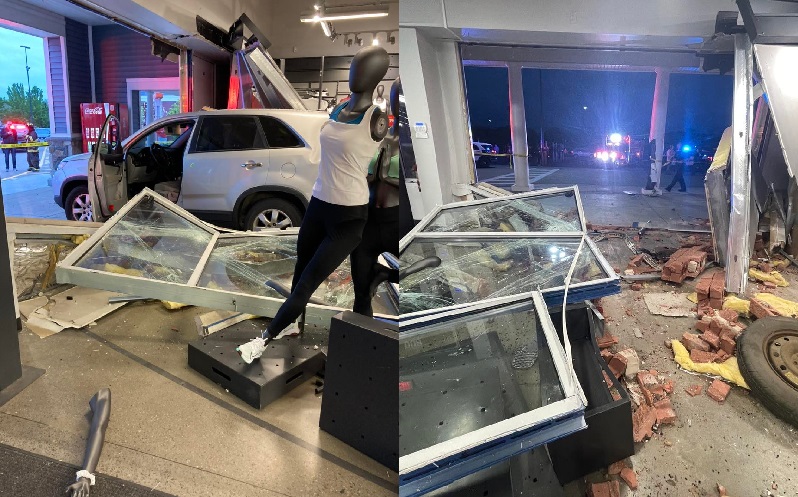 Three occupants were injured after a car crashed into a storefront on Friday.

According to Police Chief Bill McGrath, just before 7:30 p.m., a vehicle backing out of a parking space in front of Nike at the Wrentham Outlets continued in reverse and crashed through the front window of the store.

The store was open for business at the time, however, no employees or customers were injured. The three occupants of the car, a mother and two children, were transported to the hospital for evaluation, however, none of them had serious injuries.

Police are reviewing video surveillance as part of the investigation.

At this time, no charges have been filed.