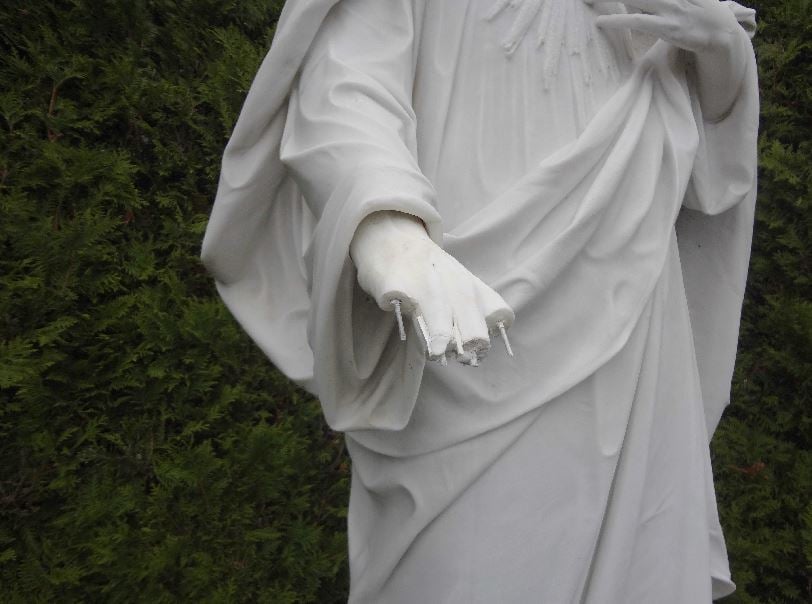 Police are investigating after another piece of church property was vandalized.

According to Narragansett Police, there was vandalism of a marble statue of Jesus outside St. Thomas Moore at 53 Rockland Street. At this time, officials believe that the damage to the statue occurred overnight Sat 5/8/21 into Sun 5/9/21. 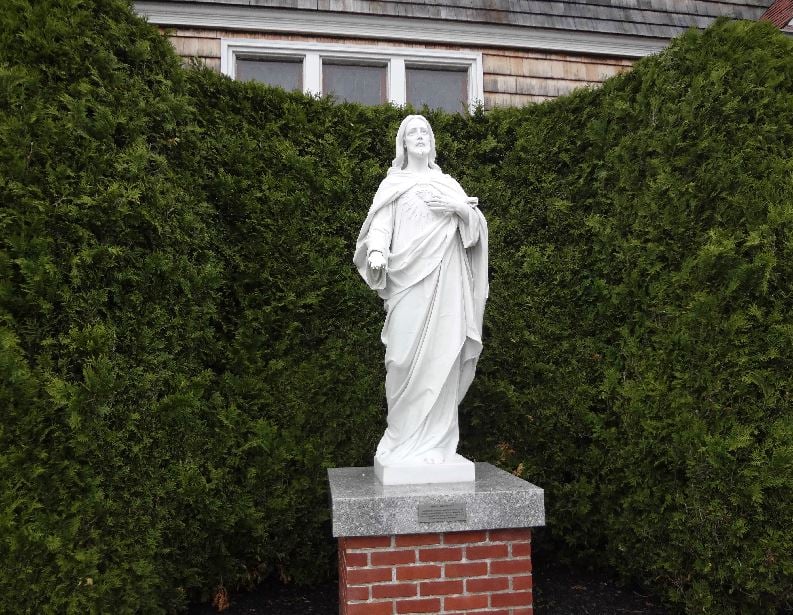 In April, someone lit the floral arch over Mary’s statue on fire in Massachusetts.

In December, St. Mary’s was a victim once again as objects were thrown through stained glass windows.

In July, a Mary statue in Boston was set on fire.

If anyone has any information or video surveillance from the area, contact the Narragansett Police Detective Divison 401-789-1091. Any information obtained can remain anonymous.