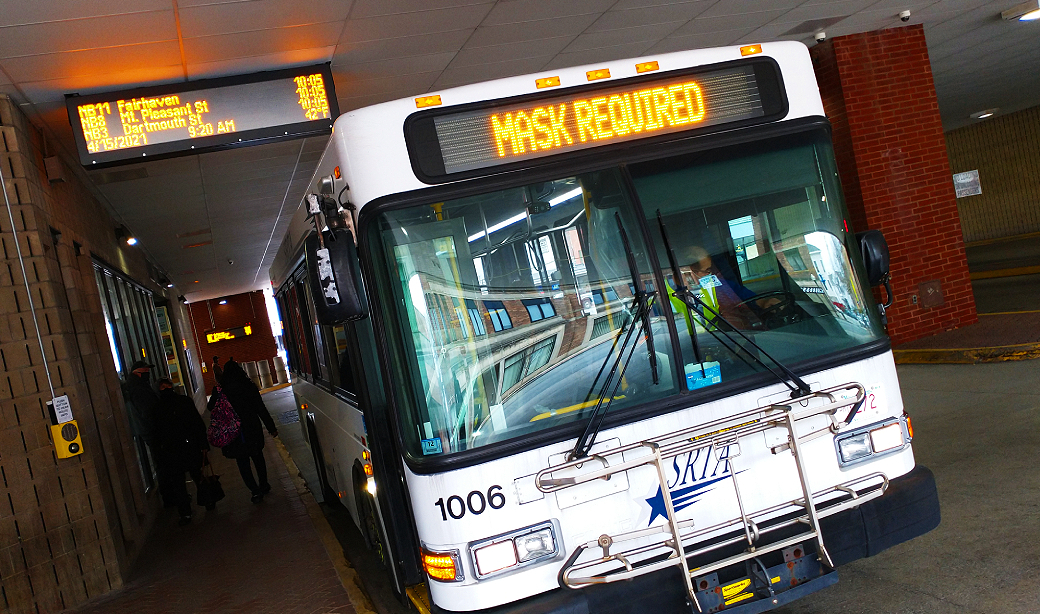 NEW BEDFORD, MA – Southeastern Regional Transportation Authority has announced that its latest innovation, the Intercity Express traveling between New Bedford and Fall River will continue through June, 2022. The Intercity Express began in 2020 as a pilot program – yet has proved not only useful, but popular with SRTA patrons.

SRTA states that the Intercity Express has been meeting several needs for riders. It reduces the travel time between the hub Gateway Cities of New Bedford and Fall River. It helps alleviate overcrowding on the route. It also ties the region together in a new way – indeed, it enlarges the role of public transportation in people’s lives even beyond traditional SRTA borders.

The Intercity Express was funded through a MassDOT Service Pilot Grant initially intended for another project. However, responding to COVID-19 necessitated a change in priority regarding service needs. This included shifting the focus towards reducing the number of passengers on-board vehicles in the interest of social distancing.

SRTA successfully negotiated new terms for the funding with MassDOT – which allowed the authority to pilot the Intercity Express. The Route 9 bus between New Bedford and Fall River has historically enjoyed SRTA’s highest single route level of ridership. It is heavily used by the area’s workforce, as well as Bristol Community College and UMass Dartmouth students.

During the height of the pandemic, this very need became a challenge. In order to responsibly practice social distancing on the popular line, SRTA administrators realized that enhanced service between the two cities would be necessary. They successfully appealed to MassDOT to redirect funds toward the Intercity Express.

According to SRTA, not only did that decision increase capacity, but it also allowed for more frequent buses to travel between the SRTA terminals in both cities. That created a new space for an express service – one that would slash travel time between the Whaling City and the Spindle City by a significant 30 minutes.

The Intercity Local route still remained the most heavily used – though the addition of the Intercity Express reduced onboard passenger counts and increased travel options for SRTA customers.

So, as the pandemic eases, SRTA administrators sought to continue the Intercity Express for a full further year. The case was made that as the region’s workforce returned to their job sites, this would provide a faster travel time between New Bedford and Fall River and expand job opportunities accessible via public transit. MassDOT agreed, and the Intercity Express will roll on into June, 2022.

SRTA states that the Intercity Express also builds upon previous service improvements introduced in recent years. Such as its partnership with Greater Attleboro and Taunton Regional Transportation Authority (GATRA) to provide service between Wareham and New Bedford.

What that practically means is that using the SRTA/GATRA service, and riding the Intercity Express, enables what’s called a “two-seat” ride all the way from Wareham to Fall River and back.

Working with the Rhode Island Public Transit Authority, SRTA worked to bring RIPTA right to its Fall River terminal in order to make a connection between the two transit systems which brings riders to Newport and Providence, RI.

“Using our assets in the most meaningful way possible not only improves SRTA service for riders,” says Erik Rousseau, SRTA Administrator, “but can also take us toward creating the outlines of a truly pan-regional public transportation experience. That’s important not only for everyday mobility, but also workforce development and of great benefit to area college students.”