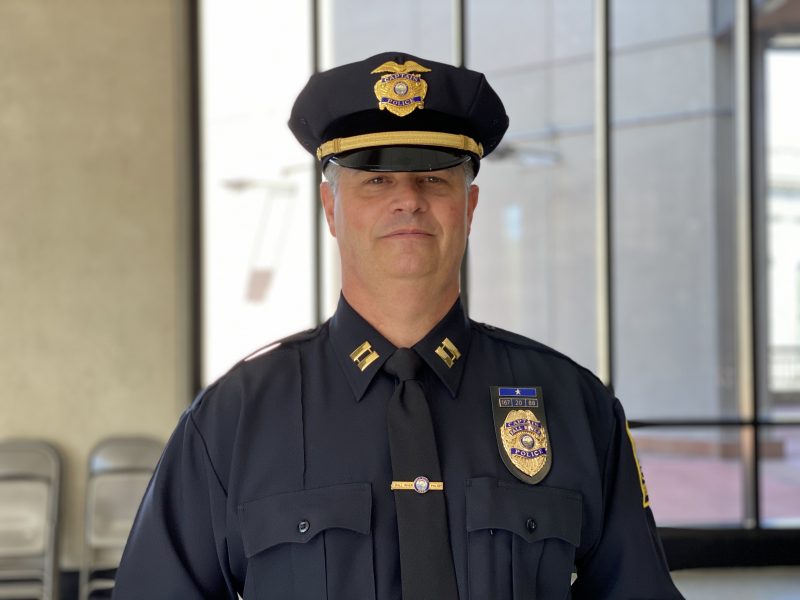 A Fall River Police officer has been suspended over a social media post on the department’s website.

According to an independent investigation asked for by Chief Jeffrey Cardoza, a panel recommended that Captain Jay Huard be suspended for 30 days without pay. Both Cardoza and Huard agreed with the decision.

Huard, who was also the Public Information Officer but has since been relieved of that duty, accidently posted the criticism of George Floyd on the department’s Facebook page in April instead of his own. 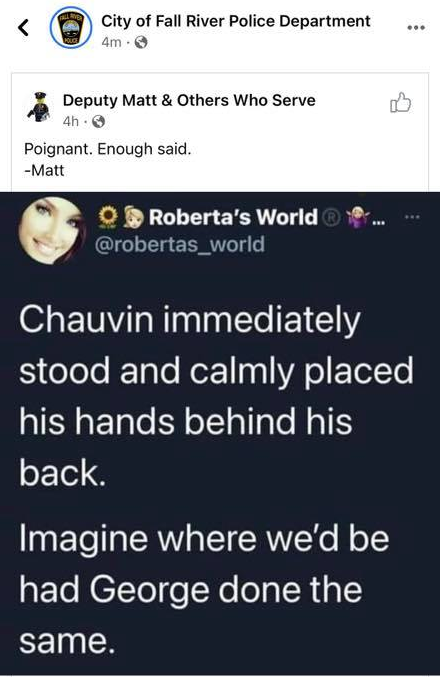 The post was quickly removed and a statement by FRPD was posted on the page.

“It is with regret that the Fall River Police Department’s Facebook page was accessed by personnel who inadvertently re-posted an opinion that was meant for their own personal account. The posting in no way represents the opinion of the Chief of Police or the Fall River Police Department. We will continue our commitment toward transparency and building relationships with our community.”

The report determined that Huard did not hold any bias towards minorities. Co-workers gave Huard positive marks during the investigation.

Huard has been employed by the Fall River Police Department for approximately 25 years.

According to the report, Lieutenant James Hoar, who trained Huard concerning the Facebook page, warned not to confuse his personal Facebook page with the department Facebook page as it was very easy to do.

Captain Huard stated that when he saw the post in question, “it jumped out to me and. the emotion kind of kicked in. Huard continued, “I want peace in the world. I want peace in this country. I’ve been a police officer for twenty-five years. The last two years have been very negative and I feel that we’re under attack and it weighs heavy on me. Because I know in my twenty-five years, I poured every ounce of my soul into this job, sometimes putting this job ahead of my family. Huard continued, “I love this city. It’s the city. I grew up in.” After reading the post, Captain Huard clicked the “share” button, believing that he was sharing the post to his personal Facebook page. Afterwards, he picked up his sandwich and returned to the Fall River Police Department.

Detective Carlozzi informed Captain Huard on his return that he had indeed posted it to the department Facebook page instead of his personal page. According to Captain Huard, he immediately went to his office, deleted the post and contacted Chief Cardoza, Huard’s immediate reaction was that he had “screwed up” by sharing the post to the department Facebook page. Huard stated, “as time’s gone by, my opinion has changed drastically. Even had I just put it on my page, even had I upset one person, then it was wrong. It was insensitive and it was ignorant. Huard stated that he lacked empathy. He viewed the post only from his perspective as a police officer and did not see it from others’ perspectives.

When Captain Huard originally read the post on his own Facebook page, he stated that he did not see it as involving race at all. When asked if he believed that any part of the post was racist, Huard stated, “absolutely not.” It was not until later that Huard realized, “I can certainly see how people perceive that race to be a factor in that.”

When asked what the impact of that post was on the department and the community, Huard stated, “Terrible. Obviously its negative. I feel terrible for every single man and woman that puts on a police department uniform for Fall River. Knowing that I caused them a little bit of strife in their shift, obviously the confidence that some of the community has in this department has taken a hit and I realize that.”

According to the report, throughout his entire interview, Captain Huard was visibly upset, his voice shaking at times, with tears in his eyes. Captain Huard appeared genuinely remorseful and was adamant that sharing the post to the department Facebook page was completely accidental.

The report stated that Captain Huard has had no documented disciplinary history during his tenure at the FRPD prior to this incident.

Due to the evidence and interviews gathered and Huard breaking the department’s social media policy, Liberty Forensics recommended the 30 day suspension.

Liberty also recommended that Huard attend training which focuses on empathy and perspective.