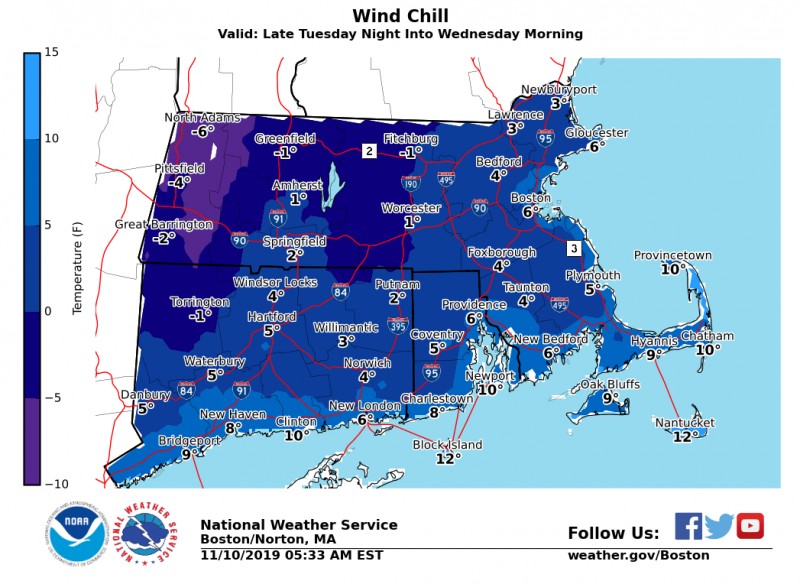 Near Record Cold is expected early this week according to the National Weather Service.

Northwest wind gusts of 25 to 40 mph will allow for near record cold temperatures Tuesday night into Wednesday. Lows Tuesday night will be in the teens to lower 20s. Highs on Wednesday will mainly be in the upper 20s to lower 30s. Wind chills will drop into the single digits! 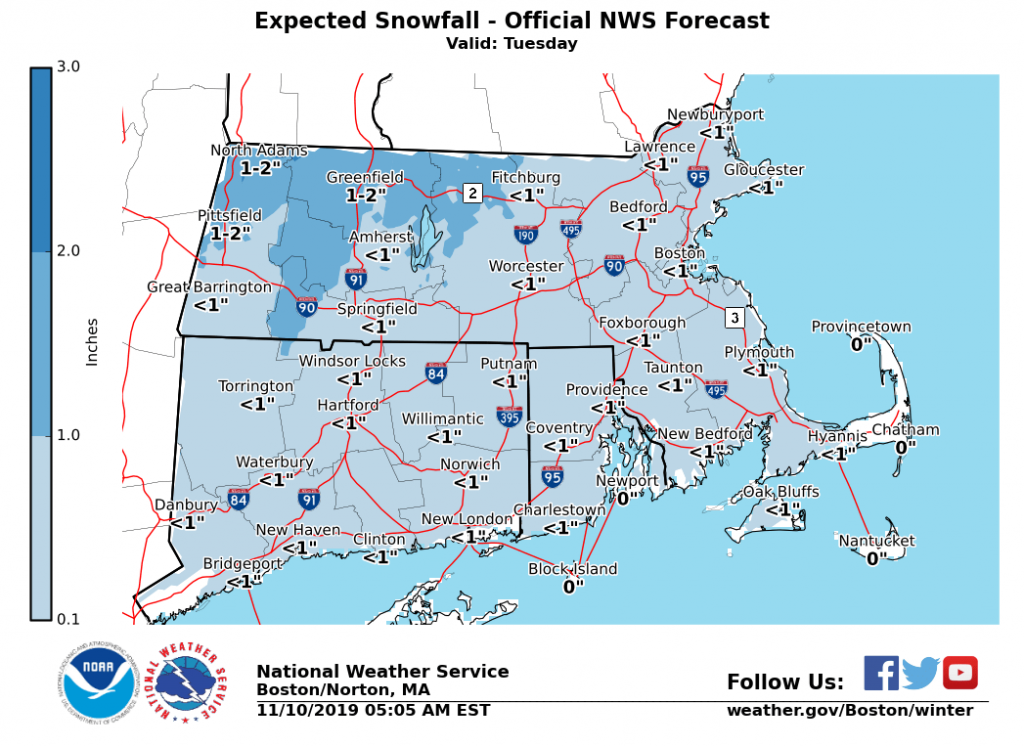 A strong cold front crosses the region is expected on Tuesday with rain that likely ends as a brief period of snow. Accumulations of a coating to 1″ are most likely, but the low risk exists for some 2-3″ amounts especially across the high terrain.

Tonight
Mostly cloudy, with a low around 36. Southwest wind around 5 mph becoming calm after midnight.

Veterans Day
Mostly cloudy, with a high near 54. Calm wind becoming southeast around 5 mph in the afternoon.

Monday Night
Patchy fog after 4am. Otherwise, mostly cloudy, with a low around 43. Light and variable wind.

Tuesday
Rain before 5pm, then rain, possibly mixed with snow. High near 52. Southwest wind 6 to 10 mph becoming northwest in the afternoon. Winds could gust as high as 23 mph. Chance of precipitation is 100%. New snow accumulation of less than a half inch possible.

Tuesday Night
A chance of snow, mainly before 7pm. Partly cloudy, with a low around 18. Northwest wind 11 to 14 mph, with gusts as high as 30 mph. Chance of precipitation is 30%. New snow accumulation of less than a half inch possible.