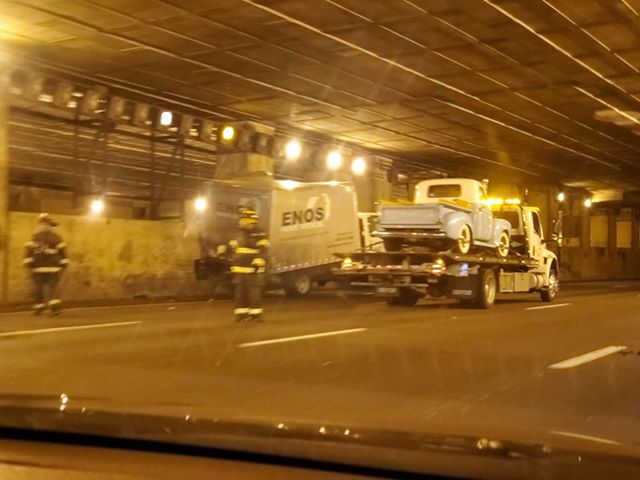 Police are investigating a crash on I-195 East in Fall River Saturday evening.

According to scanner transmissions, the truck hit a wall under the overpass on I-195 East under the Government Center after 7:30 p.m.

Debris and contents from the truck could be seen on the highway while crews worked on the accident scene according to witnesses.