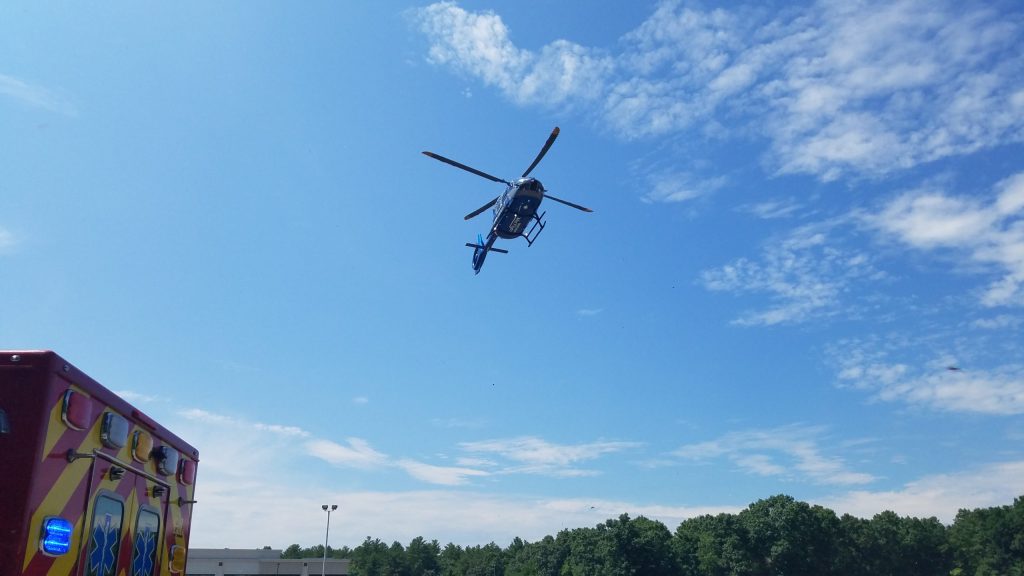 EAST BRIDGEWATER — Police Chief Paul O’Brien and Fire Chief Timothy Harhen report that the East Bridgewater Police and Fire Departments responded to a serious crash between a motorcycle and a Jeep earlier this morning.

At approximately 10:25 a.m., East Bridgewater Police and Fire responded to the area of 683 Elm Street after receiving several 911 calls reporting a crash.

Upon arrival, first responders found a 51-year-old Whitman man on the ground suffering from serious injuries. The man was the operator of a Harley Davidson motorcycle that collided with a Jeep.

The motorcycle operator was taken by East Bridgewater Fire ambulance to a nearby landing zone where a medical helicopter soon arrived to take him to a Boston hospital. The man’s injuries are believed to be non-life threatening.

The operator of the other vehicle, a 27-year-old Stoughton woman driving a Jeep Patriot, was not injured in the crash. She remained at the scene and cooperated with police during the investigation.

The cause of the crash is under investigation by the East Bridgewater Police Department.