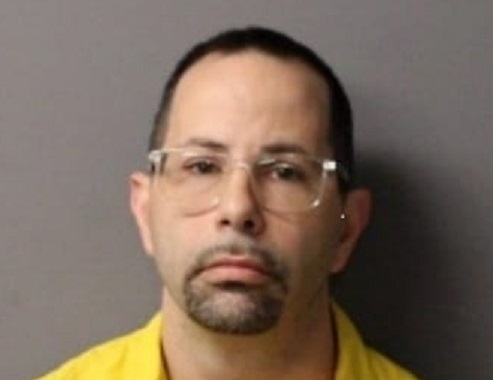 According to Police Chief Paul O’Brien, during the months of July and August 2022, Detective Cecelia Cacciatore from the East Bridgewater Police Department initiated an investigation after receiving a tip from the Internet Crimes Against Children Task Force regarding child pornography.

On August 3rd, Detective Cacciatore was granted a search warrant out of Brockton District Court to search a residence on Bedford Street for electronic devices capable of storing, accessing, sharing and disseminating child pornography.

41-year-old Joseph Delsignor was present at the address, and he was advised of the search warrant and read his Miranda Rights by Detective Cacciatore.

During their search, officers seized several computers, phones and other electronic devices from the residence. Delsignor was not arrested at the scene but was advised that criminal charges may follow when the electronic devices were analyzed.

During the execution of the search warrant police also located 26-year-old Colin McCuen of Weymouth, inside the residence, who was determined to have an unrelated outstanding arrest warrant. He was taken into custody at the scene without incident. He is not facing any charges in relation to the child pornography investigation.

Delsignor was arrested and charged with Dissemination of Obscene Matter and Knowingly Purchase/Possession of Child Pornography.

He was arraigned in Brockton District Court on Thursday.