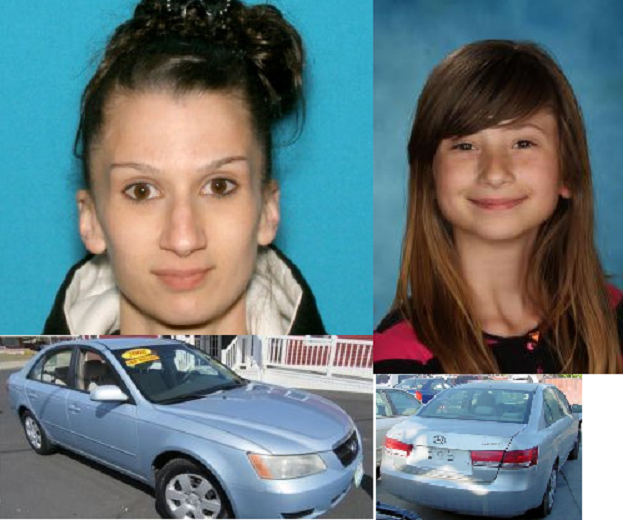 UPDATE: Child and Mother Located in good health from Webster Well Being Check

The Webster Police Department and the Massachusetts State Police are seeking a missing 10-year-old girl who is believed to be with her mother, who does not have legal custody of her.

The girl, Lydia M. Davis, was reported missing by her father. Information developed to date suggest that Lydia was picked up by her mother, Theresa A. Beaudette, 35, from another relative’s home on Boyden Street in Webster at approximately 12 a.m. on Tuesday, March 27. The child has not been to school since.

Earlier today, Webster Police were notified that Theresa Beaudette, the child, and another relative arrived at a shelter in Milford. Police were told that the family members abruptly left the shelter in a light blue, four-door 2008 Hyundai Sonata bearing Massachusetts license plate 795TVO.

Police wish to locate Lydia to ensure that she is safe.

Photos of Lydia Davis and Theresa Beaudette are included with this release. Also included are representative photos of 2008 light blue Hyundai Sonatas.

Anyone who sees Theresa Beaudette or Lydia Davis, or their vehicle, or who has information regarding their whereabouts, should immediately call Webster Police at 508-943-1212.