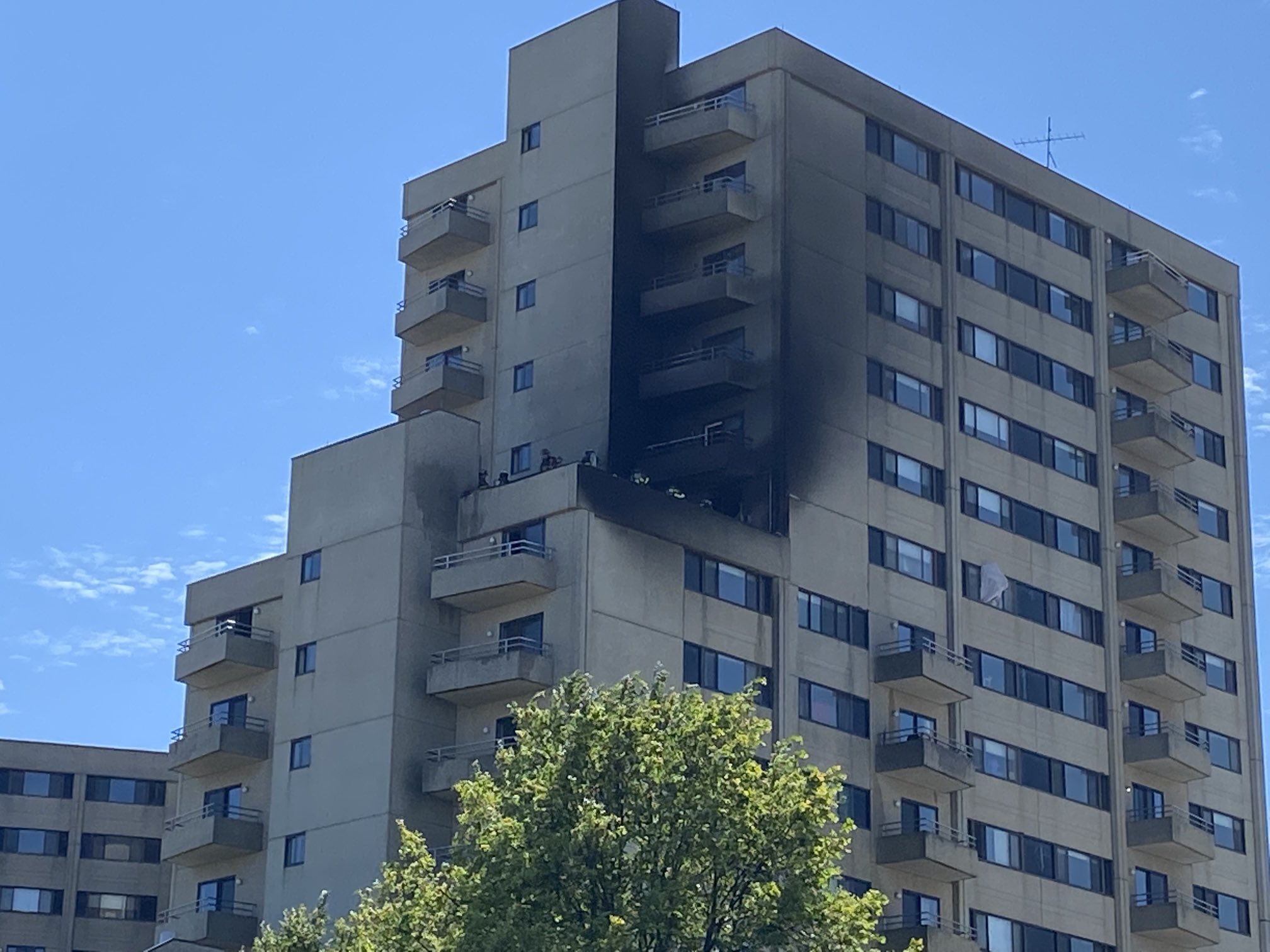 According to Massachusetts State Police, at 2 p.m., the State Police Barracks on Revere Beach began receiving multiple calls reporting a fire at a high-rise apartment building at 370 Ocean Ave., which runs behind Revere Beach Boulevard. Troopers Christopher Kane and Stephen Thomson, who are assigned to the Barracks, along with Trooper Joseph Diliegro from the MSP Violent Fugitive Apprehension Section and Trooper Xhuljo Hysa, who is assigned to the Logan Airport Barracks, arrived on scene and entered the burning building. 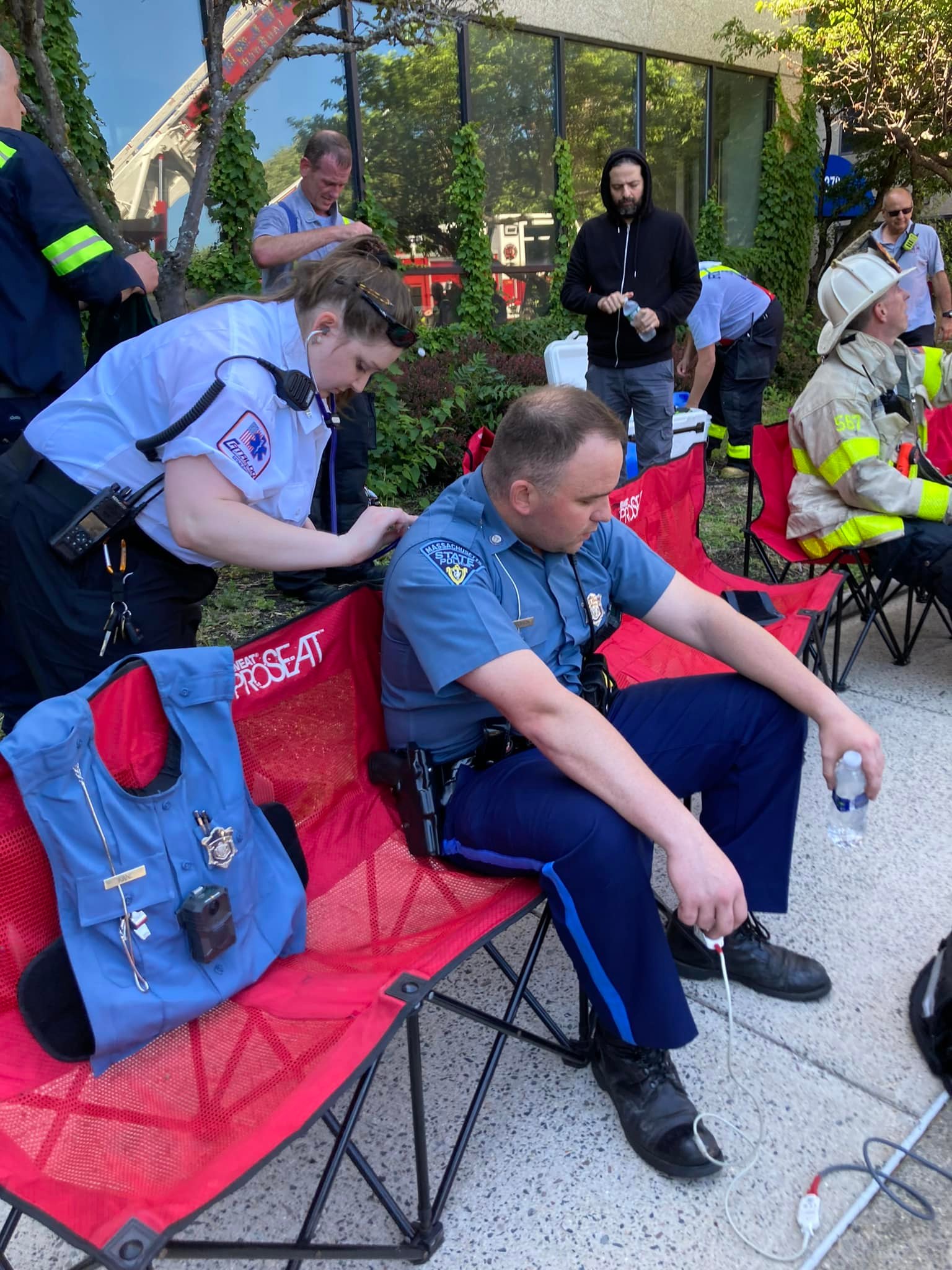 Upon exiting the building, approximately 30 minutes into the incident, Troopers learned that an elderly man remained on the 6th floor. The man was on an oxygen tank and was unable to get out on his own. Troopers Thomson and Kane ran back into the building and climbed to the 6th floor, where they located the man. With help from Revere Firefighters, they were able to assist the gentleman from the building and get him to EMS personnel, who were waiting with an oxygen system to treat him.

All four Troopers sustained some degree of exposure to smoke and carbon monoxide. Troopers Kane and Thomson are being treated at CHA-Everett (Whidden Hospital).