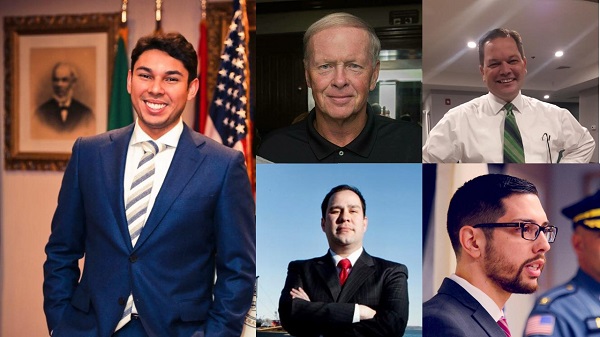 A recall election will have two parts – “Should Mayor Jasiel Correia be recalled?” and “Who should be elected mayor?” I do believe Jasiel will get recalled but could win the recall. Here’s how it happens.

One on one, Jasiel Correia likely loses to just about anyone who runs against him in the recall election. But what happens if a half dozen quality candidates run against him? They split the vote and Jasiel wins. That’s the flaw of a recall election compared to a standard election where you have a primary and a general election.

Unofficial names floating around right now are Paul Coogan, Sam Sutter, Kyle Riley, and Will Flanagan. I could also see the most vocal people on the current Fall River City Council throwing their hats in the ring; Shawn Cadime and Cliff Ponte. Cadime ran in the 2014 recall election and Cliff Ponte ends his term as City Council President in January. Former city councilor Linda Pereira who lost to Mayor Correia in 2017 could also make a comeback.

If at least three of the seven people mentioned decide to run in the recall election, I could see Mayor Correia winning the recall. In the 2014 recall election, recalled Mayor Will Flanagan finished second against 7 challengers, but the 2019 race could be very different. Sam Sutter won 6,021 votes to Flanagan’s 4,393 – easy victory, right? Not so fast.

In 2014, it was essentially Flanagan against Sutter and Cadime (and to a lesser extent Michael Miozza). The problem for Flanagan was that Shawn Cadime was Flanagan’s former city administrator for 4 years. In 2014, Cadime and Flanagan split the vote. If a senior member of Jasiel’s administration ran in the recall election, they would split the vote as well. You can’t work for someone for 10 years and then suddenly say, “vote for me, I’m different.”

If Jasiel is running against three or four solid candidates, expect Jasiel to easily lose the recall, but then get elected mayor. You may have to read that twice. Then it’s off to the regular 2019 election roughly six months later, which may not even include Jasiel Correia on the ballot if he is convicted of any of his 13 federal indictments. Aren’t Fall River politics great?