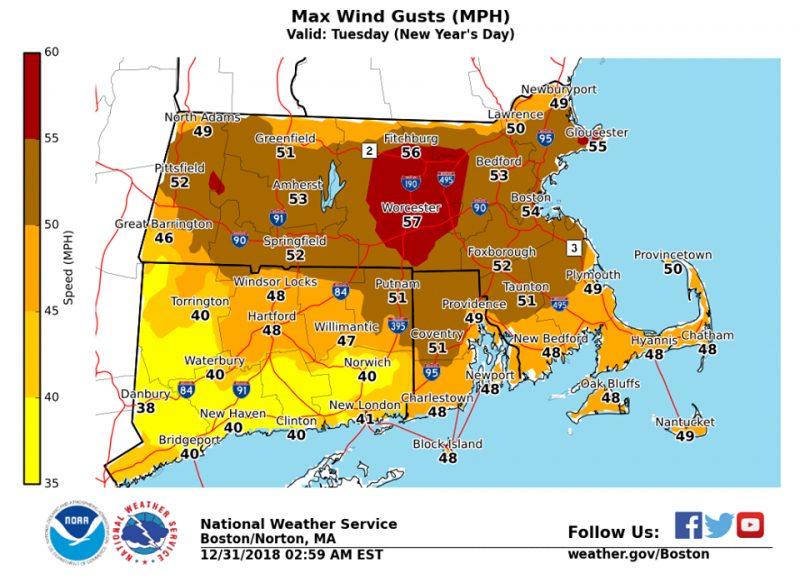 Some strong and potentially damaging winds are ahead, but before that, we have heavy rain in the forecast for New Years Eve night.

The National Weather Service in Boston/Norton has issued a Wind Advisory, which is in effect from 8 AM to 5 PM EST on Tuesday.

Wind will be west 15 to 30 mph with gusts up to 50 mph. The strongest winds will occur from mid to late Tuesday morning through the afternoon. Strong winds may knock down large tree limbs and a few trees as well. Isolated power outages are possible in northern Connecticut, Rhode Island and southeast Massachusetts.

A Wind Advisory means that sustained winds of 31 to 39 mph are expected, with gusts between 46 to 57 mph. Winds this strong are capable of downing small tree limbs and branches, possibly causing isolated power outages. Driving can also be difficult, especially for high profile vehicles. Use extra caution.

Now on to the rain for this evening. 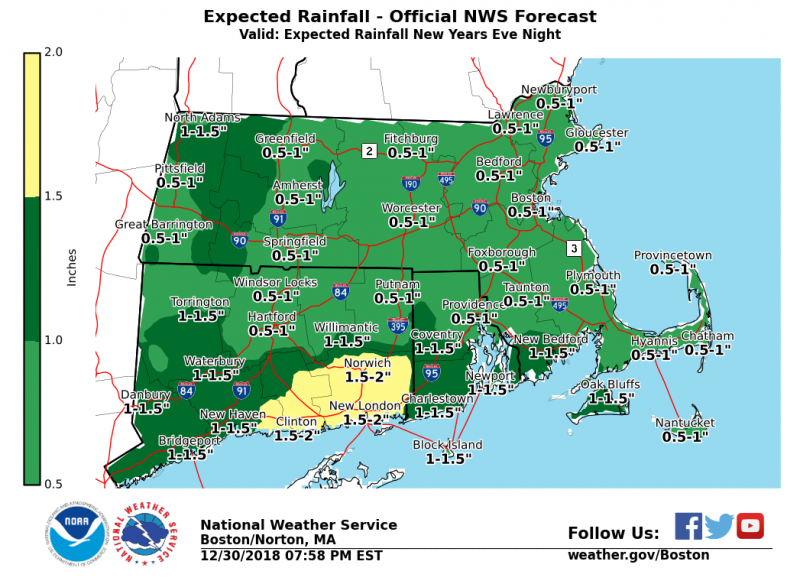 According to the National Weather Service, rain will arrive toward evening and will begin as some wet snow across parts of western and northern Massachusetts where a slushy inch or two may accumulate, especially in the hills. There may also be some spotty light icing during the change from snow to rain, which should take place between midnight and 2 AM. Rain totals of a half inch to an inch may be seen through much of the area with the south coast of New England seeing as much as two inches of rain before the precipitation concludes about mid morning.

The New Year will start off mild as highs top out in the 40s and 50s, and even some lower 60s in Rhode Island and eastern Massachusetts.