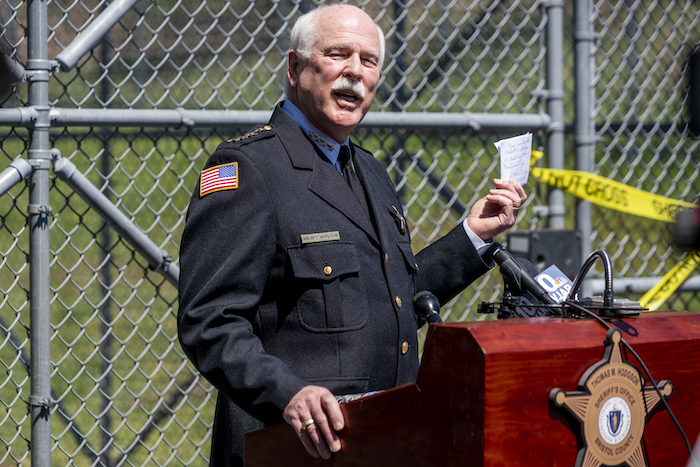 A Fall River Democrat vying to unseat long-serving Bristol Sheriff Thomas Hodgson got a hand from some state lawmakers this week as he raised money for his campaign. Nicholas Bernier, a lawyer and former Bristol County prosecutor, is running against Hodgson, a Republican who has served as Bristol sheriff since 1997 and ran unopposed in 2016.

A high-profile supporter of former President Donald Trump and his immigration policies, Hodgson served as the honorary chair of Trump’s 2020 re-election campaign in Massachusetts. Bernier filed to run for sheriff in October. He previously ran for Governor’s Council in 2012 — losing the Democratic primary by 37 votes — and for a House seat in 2006.

Earlier this year, Bernier appeared as a witness in the federal trial against former Fall River Mayor Jasiel Correia, who was charged with defrauding investors in his app, SnoOwl. Bernier told WCAI that he served as SnoOwl’s chief operating officer until he “learned that Jasiel wasn’t using investor funds properly.” He told the radio station he “resigned from the company and was eventually called to testify about his misuse of investor funds.”