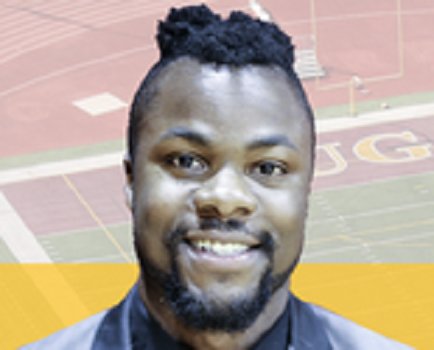 BOSTON – A federal grand jury has indicted a former track and field coach in connection with a scheme to trick women across the country into sending him nude or semi-nude photos using more than a dozen sham social media and email accounts. The defendant allegedly cyberstalked one female student-athlete and orchestrated a scheme to gain unauthorized access to a victim’s Snapchat account.

Steve Waithe, 28, of Chicago, Ill., was charged in a 15-count indictment with 12 counts of wire fraud, one count of cyberstalking, one count of conspiracy to commit computer fraud and one count of computer fraud, aiding and abetting. Waithe will appear in federal court in Boston on Dec. 9, 2021 at 9:45 a.m. before U.S. Magistrate Judge Donald L. Cabell. On April 7, 2021, Waithe was charged by criminal complaint with wire fraud and cyberstalking and was arrested in Chicago. He was released by the Court on conditions on May 19, 2021.

It is alleged that, starting at least as early as February 2020, Waithe began perpetrating an evolving scheme to dupe women into sending him nude or semi-nude photos of themselves. Specifically, Waithe allegedly used anonymized social media accounts with usernames like “anon.4887” and variations of the phrase “Privacy Protector” to contact prospective victims, claiming that he had found compromising photos of them online and offering to “help” get the photos removed from the internet. Waithe also allegedly requested additional nude or semi-nude photos from victims that he could purportedly use for “reverse image searches.”

It is further alleged that Waithe fabricated at least two female personas, “Katie Janovich” and “Kathryn Svoboda,” in an effort to obtain nude and/or semi-nude photos of women. Under the purported premise of an “athlete research” or “body development” study, Waithe allegedly emailed prospective victims pretending to be “Katie” or “Kathryn” with email accounts in their names. The emails described a phony study for athletes and requested information relating to height, weight, body fat and diet habits. The emails also included a request for the victims to send photos of themselves in order to “track their progress” and recommended that the photos show the women in a “uniform or bathing suit to show as much skin as possible.” The emails often included attachments of sample nude and semi-nude images to illustrate the types of photos that victims should send.

According to court documents, investigators identified over a dozen sham social media accounts allegedly used by Waithe and over 350 photos sent by more than 49 victims who thought they were emailing someone conducting a legitimate research study.

Waithe is also charged with cyberstalking one victim, from at least June 21, 2020 to Oct. 3, 2020, through text messages and direct messages sent via social media, as well as by hacking into her Snapchat account. It is alleged that he texted and sent nude photos of the victim to the victim’s boyfriend, stating, “I wanted to make you aware that someone hacked your girlfriend’s snapchat account and will leak it soon. I need your help to assure this does not happen.”

In October 2020, Waithe allegedly conspired with another individual to hack into Snapchat accounts, ultimately gaining access to at least one account and its private “My Eyes Only” folder that contained nude and/or semi-nude photos. In addition, Waithe allegedly provided his co-conspirator with the usernames and phone numbers for the Snapchat accounts of at least 15 women. Waithe and his co-conspirator then used this information to craft and send text messages purporting to be from the “Snapchat Support Team” and requesting security information, through which they gained access to at least one account.

The investigation revealed that Waithe’s internet browsing history allegedly included visits to webpages with titles like, “Can anyone trace my fake Instagram account back to me?” and “How to Hack Someones Snapchat the Easy Way.” It is alleged that Waithe’s search history also included searches for, among other things, “how to hack snapchat with a username and phone number.”

If you believe that you may be a victim of the allegations in this case, please visit: https://www.justice.gov/usao-ma/victim-and-witness-assistance-program/us-v-steven-waithe