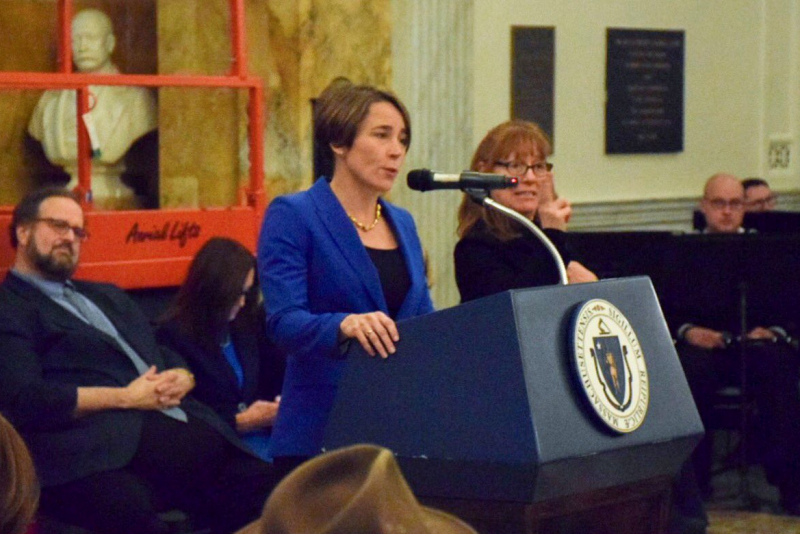 BOSTON – Attorney General Maura Healey today announced that Fiat Chrysler, its Italian and American subsidiaries, and Bosch, a global auto supplier, have agreed to pay more than $171 million to states in connection with their roles in developing and installing software in vehicles to cheat diesel emissions tests. Massachusetts is slated to receive approximately $5.6 million as part of the settlements.

The proposed consent judgment with Robert Bosch GmbH and Robert Bosch LLC (Bosch), a major supplier in the global automotive industry, resolves a lawsuit that alleges Bosch violated state laws when it helped its clients – Volkswagen and Fiat Chrysler – program Bosch-supplied engine control software to cheat on federal and state emissions tests. Both settlements were filed today in Suffolk Superior Court and are subject to court approval.

“Fiat Chrysler and Bosch worked together to falsify environmental tests and trick Massachusetts drivers into buying dirty cars that pollute our air,” AG Healey said. “We will continue to work with our partners to pursue auto industry companies that pollute the environment and lie to consumers.”

The settlements announced today follow earlier settlements reached between Massachusetts and other state, federal and private parties and Volkswagen, Audi and Porsche for equipping, marketing, selling and leasing more than 570,000 diesel vehicles with illegal defeat devices. Under those settlements, Volkswagen paid Massachusetts more than $40 million in civil penalties, fixed or repurchased the affected vehicles, paid tens of millions of dollars in restitution to Massachusetts consumers, and funded a national trust providing $75 million in funding for emission reduction projects in the state. The company is also making a $2 billion nationwide investment in electric vehicles.

“The actions of Fiat Chrysler and Bosch caused excess emissions to pollute the air across the Commonwealth,” said Commissioner Martin Suuberg of the Massachusetts Department of Environmental Protection. “This new settlement requires the companies to pay a significant penalty, compensate eligible owners and supply replacement equipment to help mitigate further air pollution.”

The lawsuit – the result of a nearly two-year investigation by the multistate coalition – alleges that Fiat Chrysler cheated emissions tests by calibrating the software in their “Eco-Diesel”-branded Jeep SUVs and Ram 1500 trucks to pass the emissions test, while allowing the vehicles to emit illegally high levels of harmful nitrogen oxides (NOx) in real-world driving. Fiat Chrysler further misled consumers by falsely claiming these vehicles were environmentally friendly and compliant with laws in all 50 states.

Today’s settlement requires Fiat Chrysler to pay Massachusetts more than $1.89 million, including $1 million in penalties for the alleged violations of state consumer protection and environmental laws and additional funds to help mitigate the air pollution harm caused by the alleged misconduct in the state. Nationwide, excluding the separate penalties the company will be required to pay to the federal government and California under related settlements, the multistate agreement reached by the coalition of attorneys general is expected to result in payments of $72.5 million to 49 states, Puerto Rico, the District of Columbia and Guam.

The Massachusetts settlement also prohibits Fiat Chrysler from engaging in future unfair or deceptive conduct in connection with its dealings with consumers, and it requires the automaker to carry out its obligations under a series of related settlement agreements pending in the U.S. District Court for the Northern District of California (the Multidistrict Litigation Settlements) with a national class of affected consumers, the United States Department of Justice (DOJ) on behalf of the U.S. Environmental Protection Agency (EPA), and the State of California on behalf of the California Air Resources Board. Once approved, the Multidistrict Litigation Settlements will require Fiat Chrysler to eliminate the defeat device software through a software fix, provide eligible owners and lessees extended warranties, and, together with Bosch, pay eligible owners and lessees average restitution of up approximately $2,908 and $990, respectively. They also require Fiat Chrysler to supply 200,000 upgraded, replacement catalytic converters to vehicle owners to help mitigate air pollution across the country.

Under the terms of Massachusetts’ proposed consent judgment with Bosch, the auto supplier will pay the state more than $3.66 million in consumer and environmental civil penalties and to cover the cost of investigation. The agreement also includes precedent-setting terms that require Bosch to monitor compliance and to refuse to accommodate requests for software development and programming that could result in the installation of defeat device software.

“Children who have experienced violence, substance use, and other trauma are especially in need of high quality care,” said AG Healey. “This grant will provide funding to strengthen these programs to help our most vulnerable children succeed.”

The Trauma-Informed Care for Young Children Grant Program will fund training and capacity building of early education and care providers to address the needs of children experiencing trauma. Examples of trauma include violence, separation from a loved one, stress due to poverty, or related to the opioid crisis. Equipping providers to best support these children and address their needs results in a higher functioning classroom setting and a higher quality of care for vulnerable children.

The AG’s Office is specifically interested in applications that include sustained support and training. The AGO will also give preference to applicants who demonstrate how they plan to build capacity within early education and care programs. The AG’s Office encourages joint applications from providers and support organizations that will work together to implement the proposed project.

Grants will be awarded with an anticipated start date of April 1, 2019. The maximum grant period will be two (2) years. This grant will be funded by the proceeds of a previous settlement with Care.com, which, in 2018, resolved allegations that they misled Massachusetts families about the comprehensiveness of its background check products through a payment to the state and by providing restitution to consumers. Applications to this grant program must be received by 5 p.m. on February 8, 2019.