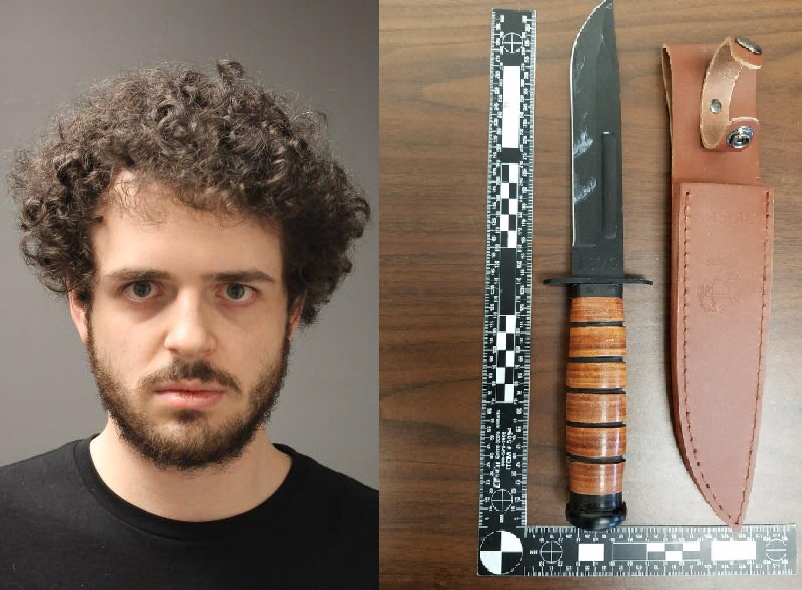 On January 30th at just after 9:00 a.m., Portsmouth Police responded to Portsmouth High School’s gym for a report of an individual that had assaulted a school teacher.

Upon Officer’s arrival, it was determined that 22 year old Marcus Schlip had arrived at the gym and demanded entry.

Schlip, who is a former student of the school, was reportedly referred to the main office by a 27 year old teacher. When denied entry, Schlip punched the teacher in the face. The man then pushed through the entrance and kicked the teacher multiple times. Officers arrived and located Schlip in the main office of the school. At this time the Officers took Schlip into custody for the assault. Upon searching the accused, Officers found a large military style knife in his backpack.

No students were involved and there is no known motive at this time.

Schlip has been charged with assault on school employee, possession of a knife in commission of a crime and disturbance of public assemblies.

The injured teacher was transported to the hospital for evaluation.