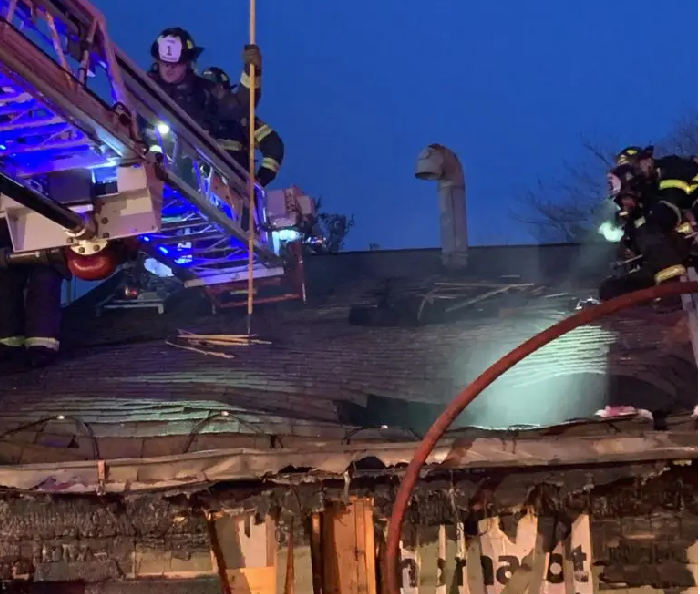 At approximately 4:34 a.m., Easton Fire was dispatched to the 99 Restaurant at 99 Belmont St. for a report of a mulch fire. Police had been called to the business a few minutes earlier for a motion alarm activation and when they arrived, they found that the mulch surrounding the building as well as a container of rags on the side of the building had caught fire.

The Brockton, Stoughton, and West Bridgewater Fire Departments responded to the scene to provide mutual aid. The State Fire Marshal’s Office and Easton Police Department assisted on scene as well.

Firefighters conducted an aggressive attack and were able to extinguish the flames, which had extended into the attic area of the building. The scene was cleared shortly after 8 a.m.

The business sustained fire and water damage on the inside and attic of the building, and smoke damage throughout. The business is expected to be closed for at least a week to two weeks.

There were no injuries as a result of the fire.

The cause of the fire remains under investigation by the Easton Fire Department and the State Fire Marshal’s Office, but is not believed to be suspicious.