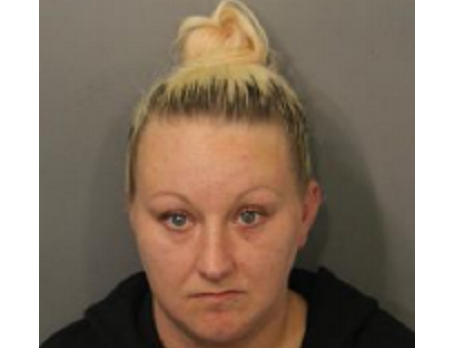 Police arrested a Fall River woman on warrants and drug charges this week.

According to Lieutenant Jay Huard, on Tuesday at approximately 4:00 p.m., Detective Gary Barboza along with other members of the Fall River Vice and Intelligence Unit were doing pre-search warrant surveillance on Osborn Street.

Police were armed with a search warrant for the first floor rear apartment of a home. The target of the investigation was 30-year-old Laurie Lucas.

Investigators knocked on the apartment door and Lucas answered the door. Detectives announced they had a search warrant and entered the apartment, securing Lucas.

A search of the apartment and the related storage area was conducted and 430 blue glassine bags of Fentanyl, 2 Suboxone films and $17,631.00 were found.

The money was seized by investigators as suspected drug proceeds and will be turned into evidence for future forfeiture proceedings, according to Huard.