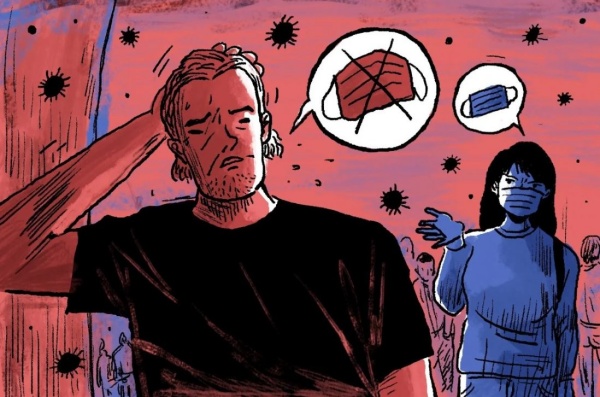 Have you or would you call a hotline and report your neighbors or anyone else not wearing a mask or social distancing?

Opponents of the idea of a hotline whereby you can report your neighbor or a stranger in the supermarket, Wal-Mart or even on the street ask “How can you tell if the people in close proximity or not wearing a mask were not a married couple or even close family living in the same home? How is it hurting you? Don’t be a Masshole!”

Proponents of the idea say by cracking down on those not practicing social distancing or wearing a mask are the ones directly responsible for the COVID-19 spikes we are seeing and if we don’t all follow protocols we’ll not be able to beat the virus and reach the next phases of re-opening the state.

In May Massachusetts Attorney General Laura Healey and the State Department of Labor Standards had a hotline set up for essential workers to report anyone who failed to abide by the protocols. Within weeks the hotline received thousands of calls – so many in fact, that by early September the website was shut down.

Since August police have been cracking down on violators whether one or two individuals walking on a sidewalk or large groups at beaches and house parties.

In July, the Baker administration also launched an online portal for residents and employees to report businesses that don’t comply with the state’s COVID-19 health and safety guidelines. That particular coronavirus compliance system has received over 200,000 calls since March.

Complaints vary from large house and dorm parties not practicing social distancing, a stripper at a club not wearing a mask, people from out of state bringing the virus with them, and after Governor Baker held a live press conference a number of complaints came in including one where the caller said he will “spend eternity in hell” for not following protocols and accused him of “treason.”