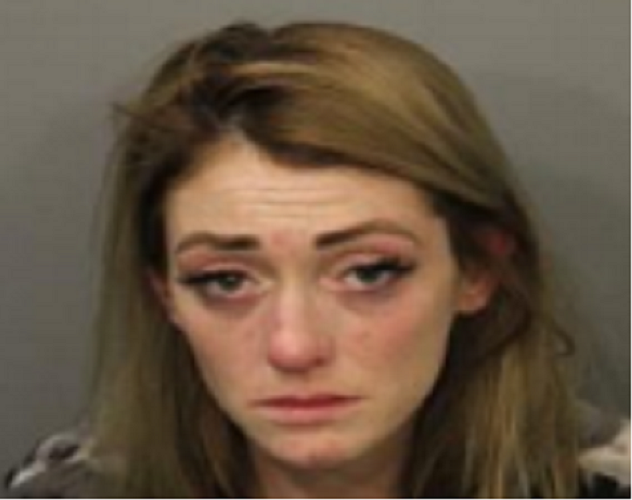 A Fall River woman has been arrested on multiple charges after a traffic stop.

According to Captain Jay Huard, on Wednesday, April 14 at approximately at 2:45 a.m., Officer Connor Levesque, who was assigned to the Uniform Division and was in his first week of patrol since being hired by the FRPD, was traveling east on Middle Street. Officer Levesque’s attention was drawn to a black BMW SUV which was running, parked, and facing south in the middle of the roadway at the intersection of Ridge Street and Middle Street. Officer Levesque queried the plate number and learned that the vehicle had attached plates on it that came back to another auto.

Officer Levesque rounded the block and observed the vehicle as it was now traveling west on Middle Street and was turning north on South Main Street. The vehicle was then stopped by Officer Levesque at the intersection of Bradford Avenue and Mulberry Street. The Officer observed Ashley Cabral, 27, of Eagle Street, making furtive movements inside the auto and it appeared to him that she placed an item under her driver’s seat.

Huard stated that Officer Levesque made some observations of the interior of the auto and observed the corner of a plastic sandwich bag on the floor board area of the vehicle. Cabral was ordered from the auto and at that time Officer Levesque further noticed several plastic bags on the driver’s seat along with a black partially opened fanny pack. A search of the fanny pack revealed $3,110, which was packaged in separate bundles, and a black pill vial which contained seven Lorazepam pills. 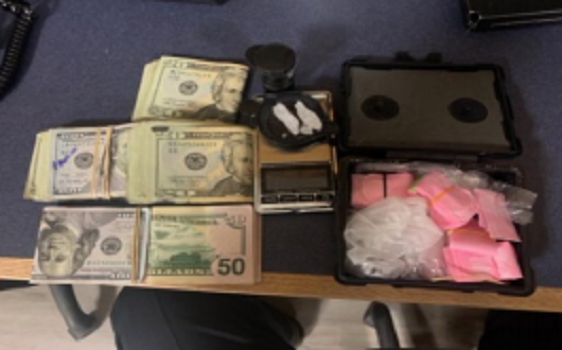