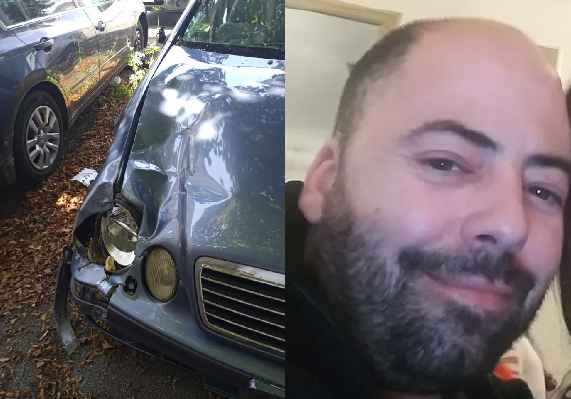 Fall River Police have issued an update on a hit and run Friday that left a Fall River man with serious injuries.

According to Lieutenant Jay D. Huard, at 8:33 p.m., the Fall River Police Department responded to the area of 368 Globe St., in regards to an auto accident versus a pedestrian.

The preliminary investigation, which was conducted by Officer Rory McCoomb, revealed that a male victim, age 36, which has been determined by family as Josh Camara, was standing near his auto and had the driver’s door of the vehicle open on the north side of Globe Street. The police state that a blue sedan traveled west on Globe Street and struck the victim and the open driver side door. The blue sedan then fled the scene of the accident, last seen headed west on Globe Street. Camara was transported to Rhode Island Hospital with serious injuries and is currently listed in stable condition, according to police.

On Saturday, a vehicle that matches the description of the auto involved in the crash was located in the area of Jencks Street and Alden Street. The vehicle, a blue Mercedes, had heavy damage on the passenger side of the auto. The Mercedes was subsequently towed into the Fall River Police Department and it will be processed by Crime Scene Unit detectives.

The family credits a bystander with helping to save Josh’s life.