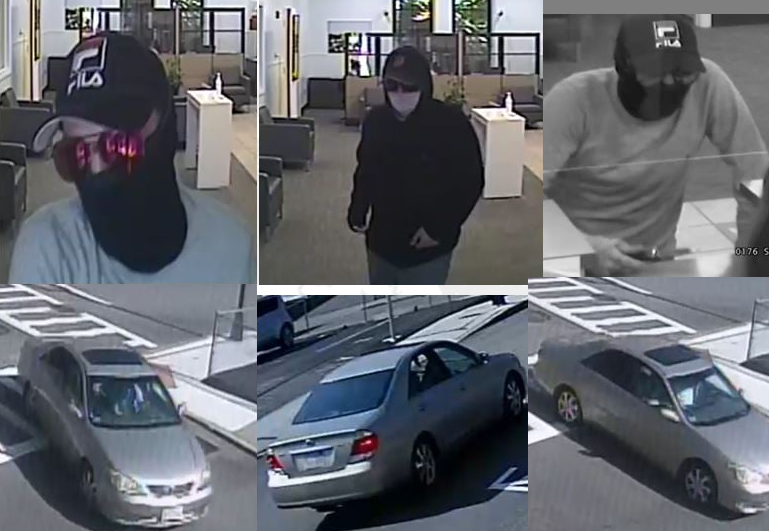 Fall River Police are looking for the public’s help to catch two suspects in an armed bank robbery.

According to Fall River Police, on Monday, at approximately 4:45 p.m., the Santander Bank located at 141 North Main Street was robbed by 2 suspects.

Suspect #1 approached the teller and showed a knife and demanded money.

Suspect #2, advised the teller that he possessed a firearm.

The suspects obtained an undetermined amount of money and fled the bank on foot heading east onto Pine Street.