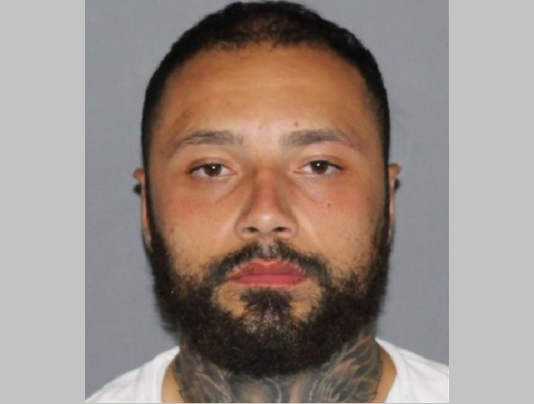 A Fall River man reportedly led police on a chase after some disturbing allegations.

Upon officers’ arrival, they contacted a female from Fall River. The woman told officers that she and her boyfriend, identified as Elijah Laferriere of Fall River, were in a verbal argument while they were travelling in a vehicle on Eddie Dowling Highway in North Smithfield.

Laferriere then removed two infant/child car seats and threw them to the ground. One of the car seats had the woman’s four-month-old baby strapped into it.

Laferriere fled the scene prior to officers arriving. Laferriere’s girlfriend suffered minor injuries. The child seat containing the baby landed on its side, sparing the baby significant injury. There were witnesses to the incident that provided aid to the woman and her baby until police and rescue personnel arrived.

On Sunday at approximately 1:00 a.m., Woonsocket Police advised North Smithfield that they were in pursuit of a vehicle being operated by Laferriere who was wanted on the above charges.

Laferriere was remanded to the ACI in Cranston pending an arraignment in Third District Court on the charges of Simple Assault Domestic, Disorderly Conduct Domestic, Cruelty of Neglect of a Child, Disorderly Conduct, Eluding Law Enforcement, Obstructing Officer in Execution of Duty, and Possession of a Controlled Substance.

Laferriere also had two outstanding warrants for his arrest from District Court on unrelated assault charges. Additional charges in this case may be pending.