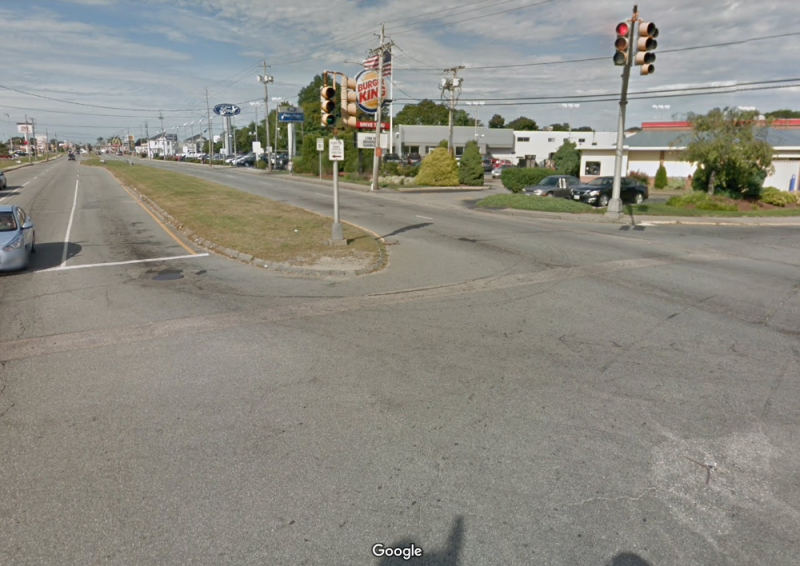 “The Complete Streets Program is one of the many ways our administration partners with cities and towns to improve their local transportation infrastructure,” said Governor Charlie Baker. “This latest round of funding will help ensure that local roadways provide accommodations for all modes of travel, and we were pleased to include additional funding for the Complete Streets Program in our administration’s transportation bond bill to continue supporting this program.”

“We are proud to continue supporting our municipal partners so they can achieve their transportation and economic development goals,” said Lieutenant Governor Karyn Polito.“These funding awards will enable communities across the Commonwealth to carry out projects that install new sidewalks, bicycle lanes, crosswalks and intersections for people to safely and easily reach the places they need to go.”

A “Complete Street” is one that provides safe and accessible options for all travel modes and for all people, taking into account the ages and abilities of individuals. The Baker-Polito Administration has now awarded a total of 148 construction grants at $46 million since creating the funding program for Complete Streets in February 2016.

“Thanks to the leadership and support of Governor Baker and Lieutenant Governor Polito, MassDOT is continuing to partner with municipalities to increase connectivity and better enable residents and commuters to reach their jobs, homes, friends, families, and opportunities across the Commonwealth,” said Transportation Secretary and CEO Stephanie Pollack. “The Complete Streets Program is a reflection of our commitment to ensuring that our roadways work for everyone and benefit people of all ages, abilities, and modes of travel.”

“We appreciate the hard work of all those who are helping manage and implement this important funding program,” said Highway Administrator Jonathan Gulliver. “We are continuing to receive positive feedback and support from the local communities that are benefiting from these awards and we look forward to seeing these projects carried out.”

These Complete Streets funding awards are in addition to $1.1 billion authorized by the Baker-Polito Administration in Chapter 90 local transportation funding for cities and towns since 2015. In addition, $43 million has also been awarded through the Administration’s Municipal Small Bridge Program, which was announced in 2016 and allows municipalities to repair or replace their small bridges which are not eligible for federal funding.

“The Complete Streets Funding Program provides the necessary resources so that municipalities like Fitchburg can design and build infrastructure projects to benefit pedestrians, cyclists, and transit users,” said Fitchburg Mayor Stephen DiNatale. “I would like to thank the Baker-Polito Administration and MassDOT for their support and confidence in Fitchburg’s Application.”

The Complete Streets Funding Program was launched on February 1, 2016. To date, 208 municipalities have approved policies and 173 (nearly 50%) have approved Prioritization Plans. Examples of projects that can be addressed through the program include improved street lighting, radar speed signage, intersection signalization, new multimodal paths and new signals at crosswalks.

Today’s announcement regarding the Complete Streets Program provides funding to the following communities:

3. Billerica – Glad Valley Traffic Calming and Pedestrian Improvements $378,320
The Glad Valley project will include new lane striping to provide a travel lane with bicycle lanes in each direction; reconstruction of the sidewalk along the entire length; installation of a new sidewalk, and a high visibility crosswalk at Ed Hayes Way. A second complementary project includes constructing a new sidewalk segment.

9. Goshen – East Street Multimodal Transformations $375,778
This project will widen East Street from Main Street to Highland Road to create a shoulder to provide for bicycle and pedestrian traffic. The project also includes new ADA-compliant curb ramps to connect the pedestrian lane with the existing sidewalks.

12. Lunenburg – New Pedestrian Network and Transit Access $258,460
The intersection of Main/Highland Street will be reconfigured to shorten pedestrian crossing distances and reduce vehicle speeds. Sidewalks will be added and gaps in the sidewalks will be filled.

13. Malden – Intersection Access and Safety and Safe School Drop-Off $398,066
The first project focuses on better access and improved crossings to enhance safety for bicyclists and pedestrians. Next, the Salem/Branch Street intersection will be reconstructed to prevent illegal U-turns. The project includes the addition of a median on Salem Street and wayfinding signs as well as new pedestrian signals and upgrading of pedestrian signals.

14. Newburyport – Shared-Use Path for Multimodal Access $400,000
This project will complete a Phase 3 connection to the Clipper City Rail Trail, a multi-use recreational path. The project will construct a shared use path and reconstruct the intersection of State/ Parker Street. A new signal will be installed at the intersection of Parker/State Street to allow pedestrians and bicyclists to cross State Street safely.

15. Northampton – MassCentral Rail Trail Access at North Street $78,605
This project will add a new access point to fill a gap. A bicycle path segment, improved safety signage and pavement markings will complete the gap, and both the access ramp and the adjacent shared use path will have the center line and pavement markings upgraded to current standards.

17. Salisbury – Salisbury Beach Access and Safety Improvements $362,778
The Town of Salisbury project will significantly improve the facilities along Driftway. This project will construct new sidewalks with defined curbing along both sides, reconstruct the intersection of Central Avenue/Driftway to provide curb extensions, stripe new shared lane markings the length of Driftway.

24. Whitman – Park Avenue/Essex Street Intersection Safety Improvements $363,674
The project will realign the Park Avenue at Essex Street intersection to improve access, safety, sight lines, and shorten the crossing by more than 50%, improving vehicular and pedestrian safety and comfort. This project also involves adding an additional crosswalk on the other side of the intersection and reconstructing the sidewalk along the northern side of Park Avenue.