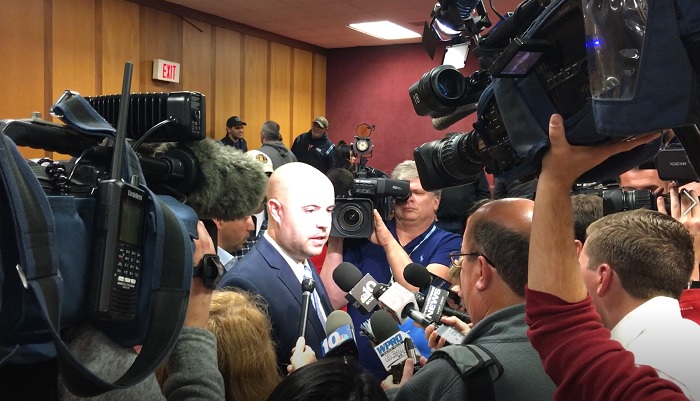 Want to see the limits of democracy tested? Follow Fall River politics for a few minutes. You’ll learn that you can recall a mayor and re-elect him on the same day. You can recall a current mayor then vote in a previously recalled mayor on the same day too. While these rules are not exclusive to Fall River, Fall River is the only city I know making these examples possible. These are oddly interesting examples, but they still allow the people to decide their chief executive of Fall River. The city council recently made the first move to change that.

A recent move by the Fall River City Council that has me extremely skeptical is their push to replace the mayor position with a city manager – an educated and professional manager of the city that is appointed, not elected. The process has started with their creation of a task force to consider severely limiting the power of the position of mayor. Of course, the Fall River City Council appoints the people to this task force and it’s the city council who would appoint the city manager. The current task force is made of people appointed by City Council President Cliff Ponte. Power in politics is a funny thing, it doesn’t go away, it just moves to someone else who takes it – in this case to the city council and their appointed city manager.

Want to piss someone off? Tell someone you are smarter than them. That’s what the city council is saying with this move – you voters pick the symbolic figurehead and we’ll pick the person with the real power, who we control. You’ve made bad decisions in the past, so we’ll take it from here.

Financially, this figurehead mayor would make around $100,000 and the city manager would likely make even more – so you get hit with twice the tax bill while having less representation. More taxes with less representation? A parliamentary form of government? Sounds more European than American.

Places like New Bedford and East Providence have gone in the opposite direction. In 2017, New Bedford residents moved the mayor’s term from 2 years to 4 years starting in 2019. Last November, East Providence voters approved changing the city charter from the previous city manager form of government and their first mayor just took over. Why is it in the best interest of Fall River to go in the opposite direction of these cities?

I’ve talked to a dozen people in Fall River – from city councilors to recall petitioners to everyday Fall River residents who want to remove Jasiel Correia from office, but admit he is doing a good job as mayor. Their main beef is his 13 federal indictments for things he did before he became mayor. It’s valid to want a mayor to step down while facing serious federal charges, but it’s obvious to me that the city council is using Jasiel Correia’s actions before he came mayor to shift power from the mayor’s office to someone they can control in the future. Is this move in case Jasiel Correia wins and then you can replace him with a city manager? Or is it just a simple power grab? You decide.

If you’ve followed this recall election process from the beginning, it’s clear that the recall works and people on both sides want the voters of Fall River to decide who leads their city, not the city council. When the people have a change of heart, they can recall the person they put in charge – they’ve done it in 2014 and doing it in 2019. Moving the choice of who is in city leadership from the people to the city council is nothing more than a power grab. Of course, the city council will tell you they are the people, but the smart ones see through that. How happy will the pro-recall folks be if their hard work pays off and they replace Jasiel Correia with a candidate they like, but then was replaced by a city council appointed city manager?

Mayors and city councils are clearly separate parts of city government designed to check each other’s powers – both elected directly by the people. An appointed city manager would answer to the city council, not the people. If this move of power from the mayor to city manager move plays out, don’t be surprised if your first city manager is someone who failed to be elected mayor.

You’re smarter than the city councilors Fall River, don’t fall for it.