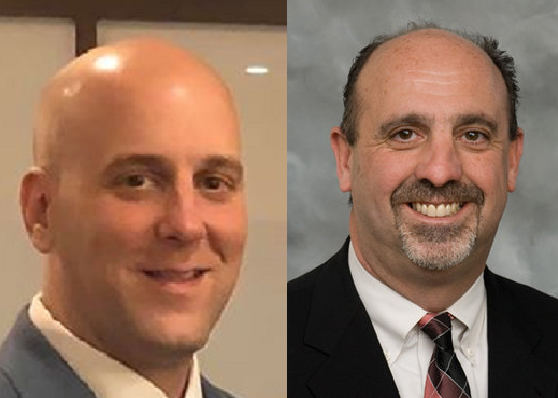 Fall River City Councilor Christopher Peckham, who is also on the American Rescue Plan Act Committee, has stated concerns he has over comments he says were made at a recent ARPA meeting over how pandemic money should be spent by the city.

In a letter addressed to Mayor Paul Coogan, Peckham notified him of what he heard Ken Fiola, Executive Vice President of Bristol County EDC, say at the meeting after details were reportedly leaked to a media outlet. It is important to note that these meetings are not open to the public.

“We were all there and did hear and witness Mr. Ken Fiola’s statements that “we cannot be conservative with this money, we’ll never spend it all” “The feds will never audit 22 trillion dollars.” In my opinion, Mr. Fiola was insinuating to just spend it on whatever we needed to. This sparked an immediate response from CFO Mrs. Sahady as she did follow up by stating that she has been a CPA and the majority of her life she’s spent as an auditor (40 years). “I respectfully disagree Mr. Fiola, me, and Paul (the Mayor) are getting older, we won’t be here when and if an audit happens.” Mr. Fiola did mention several more times during the meeting that we will never be audited. As an elected official and an appointed member to this “task force,” I have spoken to council President as to what I should do with this information, therefore writing this email should be sufficient notification that although I did not make the initial notifications to local media outlets, I have absolutely no issue with relaying or passing along information from these meetings be it, good or bad.”

“I do find the statements made to be unethical, and I would like to see this addressed. With all due respect, transparency is what this City deserves and I fully intend on being transparent for the remainder of my tenure on the council.”

Upon issuance of the letter, Fiola replied back to Peckham.


A response to Fiola was then issued by Peckham.

“Good afternoon. I will address your response simply due to you stating that you had a problem following what I said in my last email. I am far from confused as to what was said nor was Mrs. Sahady or Mr. Hetzler and I’ll explain.”

A: Mrs. Sahady would not have asked to speak to me Wednesday night after the City Council budget meeting to say that “I got your email and I’m on your side, the mayor will not listen to me as to where these funds are allocated, there is a reason Paul Ferland was not allowed to speak and it’s because his projects are expensive.”

B: A statement was made during the meeting after YOU were done speaking that “We can claim negligence and ask for forgiveness.” I originally was not sure who made the comments, only that it came from someone sitting to my left. Mrs. Sahady, after pulling me aside, clarified Wednesday night that it was Mr. Hetzler that made the statement. If the statement was made by Mr. Hetzler, he obviously heard everything that I did and interpreted your words the same way that I did. The difference, I disagree with you and Mr. Hetzler. At no point in the allocation of these funds should we as a committee be taking risks or gambles, there are federal guidelines that need to be followed.

“In closing, I apologize for not being an esquire as you signed off on your letter as such, but I was able to follow along and understand the points you were making during the meeting and honestly, they were shocking. Also, for clarification purposes, I WAS NOT the one to go to the media, so you and the Mayor may want to do some investigating as to who did. I only clarified the truth once I was asked for it a day later.”

“I will not go back and forth with you. I’m certain of every word you said and will stand by every statement and email that I send out. Yes, if the monies spent are not legitimate, regardless of a “closed door meeting” I am going to make people aware. It is my fiduciary responsibility. I hope you understand that as a Councilor, that is my job. I hope our next meeting is much more productive and we can sit and come up with ways to legitimately spend this money without having to worry about “asking for forgiveness.”

Sahady then issued an email stating where she felt Peckham was inaccurate.

Fall River Reporter is looking to get Peckham on “The Fall River Show” to discuss the issue.

How Fall River’s ARPA money will be spent remains to be seen.