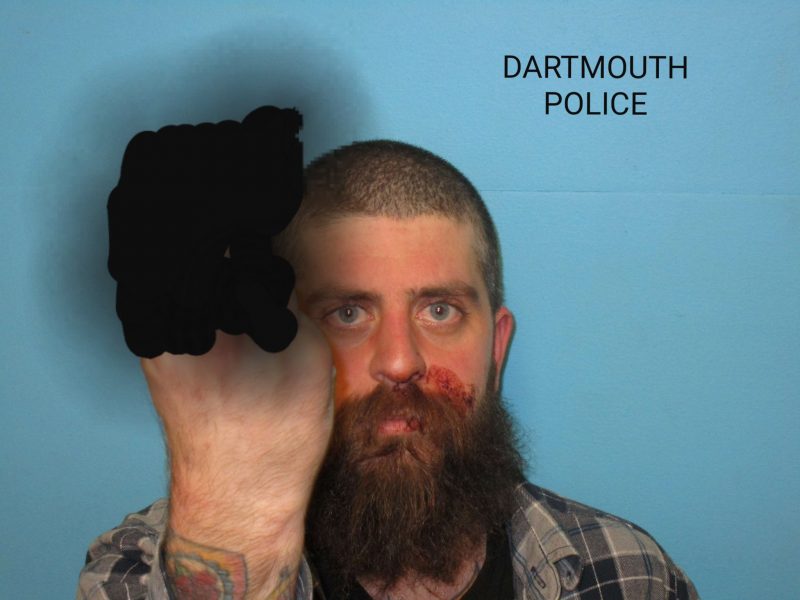 Dartmouth Police had an interesting situation with a local man yesterday afternoon.

According to DPD, on Saturday, November 10, 2018 at approximately 5:24 p.m., Dartmouth Police, and other emergency personnel, responded to the area of #104 Chase Road for a motor vehicle vs. utility pole crash.

Upon arrival officers had to immediately shut traffic down, as the utility pole was severed as a result of the impact. Also at this time, officers identified the operator of the involved 2006 Subaru Impreza as Keith Avila, 34, of Sycamore Street, New Bedford, Massachusetts.

From the onset of making contact with police, Avila was described as being “belligerent.”

As a result of the corresponding investigation that took place, Avila was placed under arrest.

Upon arrival at Dartmouth Police Headquarters, Avila threatened officer/s, vandalized town property, struck his own head against a bathroom wall, and urinated in a trash can while handcuffed to the booking room wall.

Though Avila stated that he was not injured as a result of the crash (or striking his own head against the wall), he was evaluated by EMS personnel and refused further medical treatment.