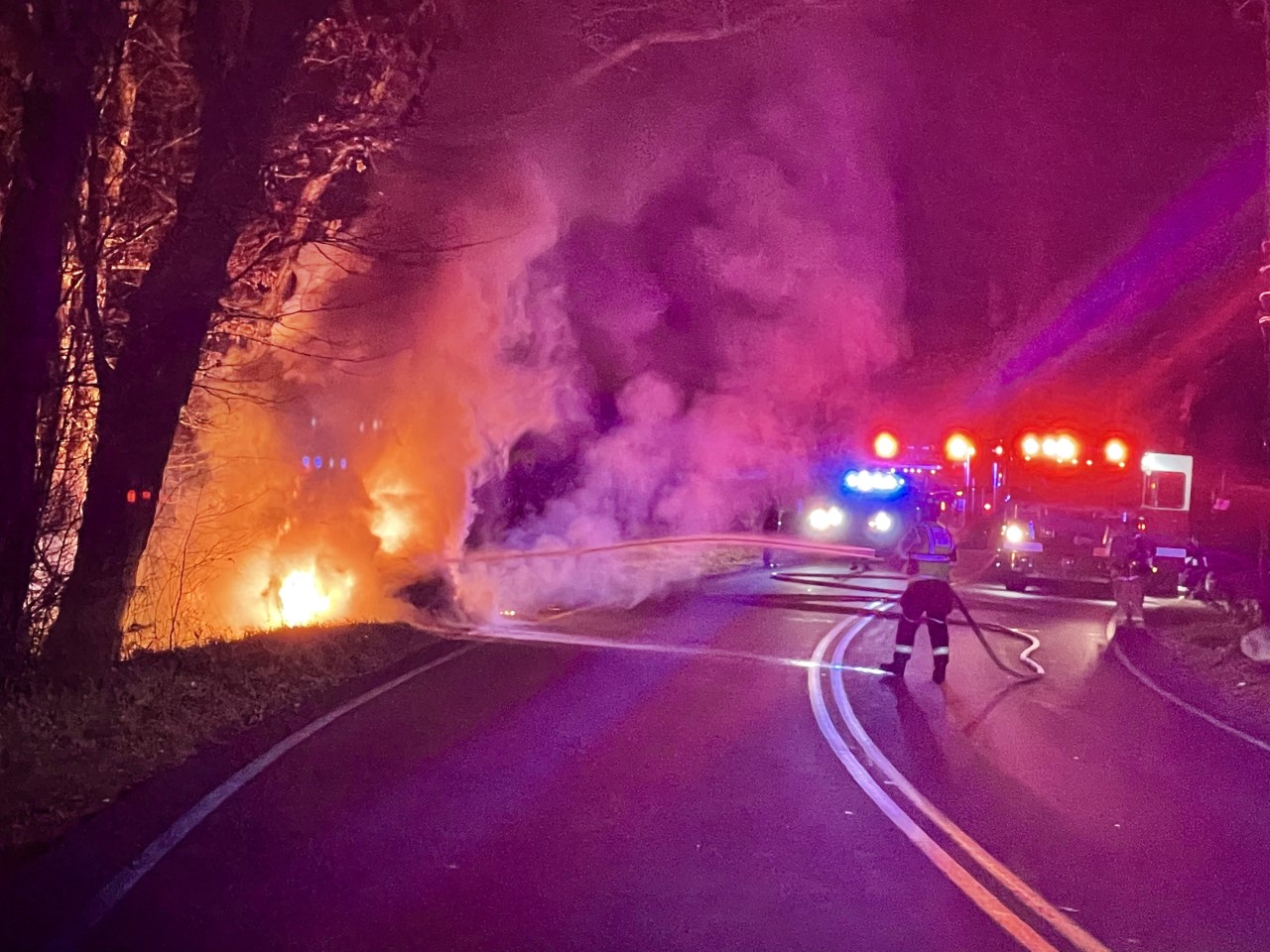 Crews responded to a fiery crash early on Thanksgiving morning in southeastern Massachusetts.

According to the Lakeville Fire Department, a call came in just before 2:00 a.m. for a car off the road into a tree on Highland Road.

The driver was able to self-extricate from the vehicle prior to the arrival of responders.

A tone was transmitted for off-duty staffing, bringing 8 more firefighters in to respond with the 3 on-duty firefighters. 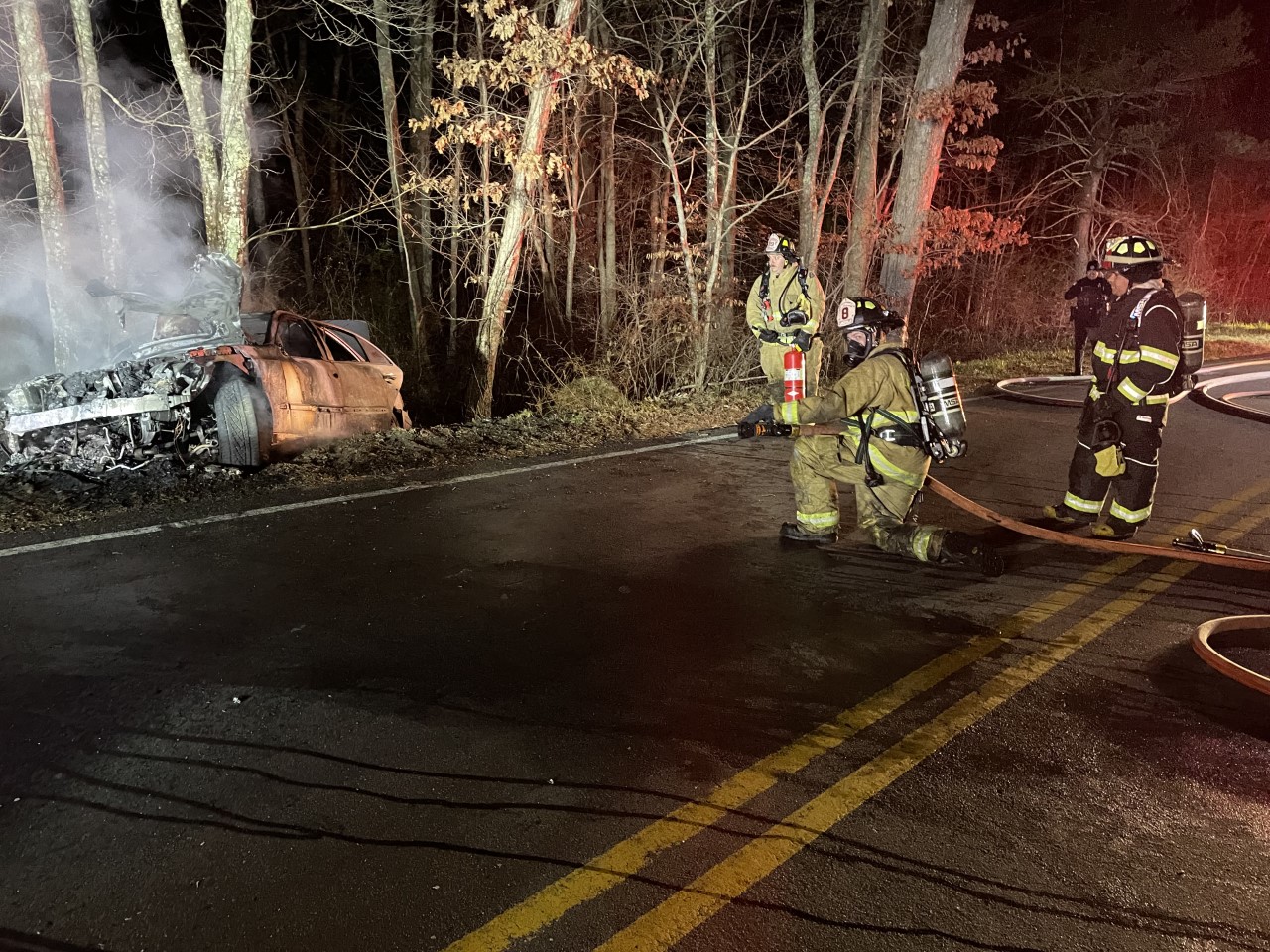 Paramedics evaluated the driver for injuries. He refused further care and transport to the hospital.

Incident command Deputy Chief Pam Garant requested a response from Lakeville Public Works because the water used for extinguishing turned to ice on the road surface.

Lakeville Police also closed the road down during the operation.