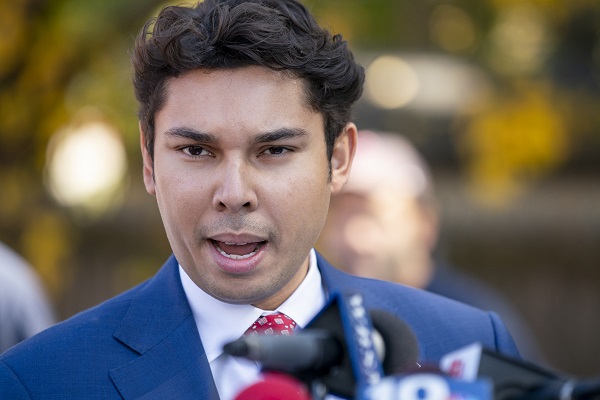 The day began with the cross-examination of alleged Jasiel Correia co-conspirator and friend Hildegar Camara. Reddington began by stating that due to Camara’s plea agreement, he could see a sentence as little as probation for his testimony. Camara told Reddington that Correia warned him about the risk of investing in SnoOwl and that he voluntarily invested. Correia did not ask him to.

According to Camara, Correia never told him to lie to investigators or the Grand Jury. Camara stated that when he was first approached by Costa and Brayton when on the golf course about helping with a non-opposition letter, at first he didn’t want to help. Camara said that after federal agent’s spoke to Costa’s wife, Costa told him that she told the feds everything, including the payments. Camara stated that Costa said he had lied to investigators, but he had told him not to. Camara said that he wanted to make it appear that he was helping Brayton even though he was getting the letter without his assistance.

Camara told Reddington that he had no knowledge that Correia was a “pay to play” mayor. According to Camara, Costa was upset that Correia had sent out a non-opposition letter before he or Camara had received any money. The judge warned Camara multiple times about giving more information than what Reddington was asking for.

Correia to alleged co-conspirator: “If everyone just keeps their mouth shut, we will be ok.”

Matthew Pichette was the next witness to take the stand who was looking to open a marijuana business in Fall River. Pichette also signed an immunity agreement. Pichette said he showed David Hebert, a friend of Correia, his marijuana business plan which he liked, but told him it came with a cost of $25,000 to Correia’s legal defense fund. Pichette said he didn’t like the idea because he didn’t want to be in the paper like everyone else, but eventually agreed because there was no other way to get the letters he needed. In a later meeting concerning his business pitch, Correia told Pichette “you talked to Dave and we are good?” which Pichette thought referred to the $25,000 fee.

Pichette met again with Hebert and discussed the $25,000 to Correia. Pichette said he was told that everyone else was paying $100,000. Hebert had made suggestions to Pichette on how he could get a cut on the deal which Pichette said he at first refused. Hebert owed Pichette’s brother Russ money and Pichette said he and his brother agreed on Hebert being relieved of the payment as part of the agreement to get the marijuana letters. Upon the agreement, according to Pichette, he received his letters and later, with help from his family and friends, provided $12,500. Pichette’s wife was punished with a $5,000 fine due to breaking campaign finance laws for giving more than the allowed $2,000. Correia later apologized to Pichette’s wife for “all that” in a chance meeting later with Pichette.

In cross-examination, Pichette told Reddington that Correia helped him with (Picture Show) movie theater and did not ask or receive a bribe in return. Pichette stated in questioning from Reddington that he only dealt with Correia when he made his pitch at City Hall and the chance meeting later. All of the other meetings only involved Hebert. In redirect, Pichette stated that he only ended up giving Correia $12,500 as Correia was arrested. Pichette also stated that Hebert was the one who handed him the marijuana letters that Correia granted.

Operator of Guimond Farms convenience store and prospective marijuana businessman, Charles Saliby, was the third witness to take the stand. Saliby also signed an immunity agreement. Saliby said when he contacted City Hall concerning the approval letters he needed, Gen Andrade and Correia had stated that they were full. However, Correia told him in a later meeting that one letter may be getting rescinded. Saliby stated that he contacted friend Brian Bairos and Bairos told him that he had to pay a $250,000 bribe for his letters.

According to Saliby, Andrade and Correia later arrived at Guimond Farms to speak to him. The two told Saliby that he was going to be granted the letters. Saliby said that he told them he would do anything and Correia responded that it would cost $250,000. Andrade left to go to the bathroom and Saliby asked Correia “why $250,000?” and he was told it was for his legal defense fund and he was only issuing 6 letters. Saliby said $250,000 was too much and he haggled back and forth with Correia until they agreed on $125,000. When escorting Correia out of the building, they ran into Andrade and she asked him if everything was ok. Saliby said yes and she told him they were family now. Saliby stated that he was concerned Correia would retaliate if he did not pay. After Saliby discovered that there was a required $50,000 per year fee, he scheduled a new meeting with Correia and Andrade. Correia said that he could not remove the yearly fee, but could cut it in half to $25,000 if he gave Correia $25,000 in addition to the $125,000 bribe.

Saliby stated that he could give $75,000 and upon receiving the letters could pay the rest after he received his provisional license from the CCC. Later, Correia came to Guimond Farms to pick up the $75,000 which Saliby provided inside a clipboard, according to his testimony. Correia then handed Saliby the non-opposition and host agreement letters. Andrade later asked Saliby to buy 20 tickets to a campaign fundraiser and he did so because he was afraid not to. Saliby said that he has never met Costa, Camara, or Hebert. The CCC has not allowed Saliby’s marijuana business to operate due to reportedly giving a bribe to Correia. In cross examination, Saliby stated that the footage from the cameras at his business were stored over as they do so every 10 days. Reddington asked him about software that was able to retrieve the footage and he was not aware.

The next witness in today’s proceedings was Nicole Custadio, Charles Saliby’s brother and worker at Guimond Farms. Custadio confirmed in her testimony that Andrade and Correia came to Guimond Farms. She did not see them leave.

The fifth witness today was owner of Guimond Farms Sammi Saliby. Saliby confirmed that Charles was going to take money out of the safe for the marijuana shop.

The final witness to take the stand today was CEO of Northeast Alternatives, which has a marijuana business in Fall River, Christopher Harkins. Harkins also signed an immunity agreement. Harkins stated that the business donated $20,000 to Correia’s legal defense fund after Correia asked him. Correia told Haskins that he had connections with other mayors when presenting a possible consulting position to him. Because of this, Haskins agreed to Correia’s position, according to Harkins.

The conditions stated that Correia would receive $4,000 monthly. Ethics approval was needed for the arrangement and Correia provided documentation from the state. Harkins said he assumed the document meant everything was settled and Correia gave them all relevant details. The ethics approval required Correia to recuse himself from any decisions involving the business after he became a consultant.

According to Harkins, Correia did not recuse himself when he signed and amended NEA’s HCA agreement. Correia told Harkins that he was only giving out 5 letters. Harkins was disappointed to find out that was not the case. One of which would be down the road at Guimond Farms. Correia told him that Gen Andrade was pushing for the Guimond location. According to Harkins’ testimony, he met Andrade later for lunch and she stated that what he was told by Correia was false and that Correia was meeting with a lot of shady people.

Also at this lunch, Harkins said that Andrade told him, “if you want to hear something really f***** up, he is taking half of my salary.” In cross examination, Reddington asked Harkins if Correia ever asked him for $250,000 and he said no. Harkins also stated that he knew Andrade previously as her sister worked for him.

The prosecution is expected to finish with their witness testimony on Thursday with the defense following. Closing arguments are expected on Monday.