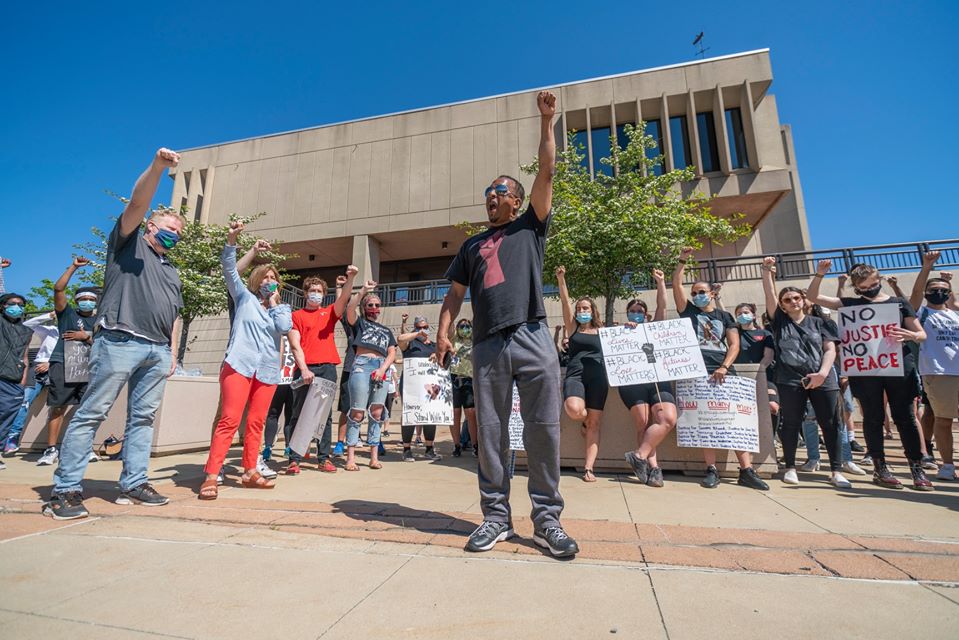 APRIL 6, 2021…..Removing gendered language, declaring laws that produce unequal outcomes for different groups to be unconstitutional, and banning some eminent domain land takings are among the changes that some Massachusetts lawmakers want to make to the state constitution.

Three months into the 2021-2022 session, the Legislature is winding up to consider constitutional amendments at the Constitutional Convention the House and Senate must convene by May 12.

At a Judiciary Committee hearing on Tuesday, Sen. Adam Hinds urged his colleagues to support his amendment aimed at creating a more robust state response to reduce racial and gender inequity across Massachusetts.

The amendment (S 21) filed by Hinds (D-Pittsfield) would declare “persistent unequal outcomes” for groups with constitutionally protected status, such as race or sexual orientation, to represent inequality and therefore be unconstitutional.

That change, he said, would force lawmakers and the administration into a more “proactive” position on issues such as housing access, education funding and justice system oversight and to excise “racist policies” from state law.

“This amendment is critical to addressing inequality arising from laws that appear to be neutral on their face but have, for decades, had disproportionate negative impacts on communities of color, religious minorities and immigrants,” Hinds said. “The impact and implication is that when persistent outcomes exist by race, for example, the state must take action to remedy that by force of law.”

Hinds pointed to the COVID-19 pandemic and its disproportionate impact on communities of color as evidence that Massachusetts has policies and laws on its books that contribute to racial inequalities.

Cities and towns with larger populations of color have been hit particularly hard by the pandemic, in part because many Black and Latinx residents work in front-line jobs where they have been exposed to the virus. Vaccination rates for Hispanic residents in particular continue to lag as well, and communities of color have borne more severe economic impacts from shutdowns and changes in business patterns.

Those disproportionate outcomes, Hinds said, “do not happen by chance.”

“We have a history of policies and laws that have yielded racial inequities, or they have led to the belief and the mindset that such inequities are somehow inevitable or too big to change,” Hinds said. “These health disparities are the predictable endpoint of decades of policy choices that result in economic, housing and environmental injustice.”

Hinds has filed a complementary bill (SD 2446) creating a state Office of Racial Equity to work with the Legislature and every secretariat to examine and reform policy through a lens of racial justice.

The judicial system has in the past flagged major inequities across different groups. In 1993, the Supreme Judicial Court concluded that students in less affluent communities were not receiving the education to which they were constitutionally entitled, prompting passage of a landmark education reform law significantly boosting funding to schools and implementing new accountability standards.

During Tuesday’s hearing, Rep. Colleen Garry of Dracut voiced concerns that Hinds’s amendment might overlap with the work of existing agencies. She asked whether offices such as the inspector general or attorney general are already addressing disparate outcomes through the courts.

“They could, but do they?” Hinds said in response to Garry. “Where is the mandate? Is it only when it’s brought on a case-by-case basis? Is it when there’s a lawsuit filed? Where is the impetus and where is the initiative?”

The first (H 79) would replace what Domb counted as 83 instances of the word “he” in the Massachusetts constitution with the gender-neutral phrase “the person.” That change, Domb told lawmakers, would make the document more inclusive to people of all gender identities and make its language more consistent — the word “person,” she said, already appears 64 times.

Domb’s second amendment (H 80) would allow lawmakers in Massachusetts to affirm their oaths of office rather than swearing them. Under the constitution as it stands, she said, only Quakers can affirm the oath of office, forcing everyone else to take an oath with religious connotations that might not mirror their faith or belief system.

“It doesn’t take God out of the constitution — trust me, I’ve looked at our constitution. There’s a lot of references that are in there,” Domb said, noting that the U.S. Constitution allows members of Congress to swear or affirm their oath. “This amendment would put us in line with not only the federal constitution, but providing any person who becomes a state legislator regardless of their religion with this option.”

Last session, the Judiciary Committee advanced a version of the proposal, but along with many other items on the ConCon agenda it did not receive a vote at a Constitutional Convention.

Several speakers testified Tuesday in favor of a constitutional amendment from House Minority Leader Brad Jones (H 82) prohibiting the use of eminent domain to take land for private commercial or economic development interests.

“Just because someone owns a modest home does not mean they should worry the government will take their property to build more expensive homes,” said Jaimie Cavanaugh, an attorney with the Institute for Justice group that advocates to limit the scope of government power.

One of the most high-profile topics that will feature at this session’s Convention, a proposed 4 percent surtax on household incomes above $1 million per year, was not on the agenda for Tuesday’s hearing but is automatically on the convention agenda. The measure needs approval from Constitutional Conventions in two successive lawmaking sessions before it can go before voters as a ballot question for final approval.

In June 2019, the Constitutional Convention advanced the constitutional amendment with a 147-48 vote to clear the first hurdle.

If it passes again, as is expected, the question will be placed on the ballot in November 2022.

House Speaker Ronald Mariano voted against the proposal in the past before supporting it as a constitutional amendment, and last week he criticized the process as one that “bypasses compromise.”