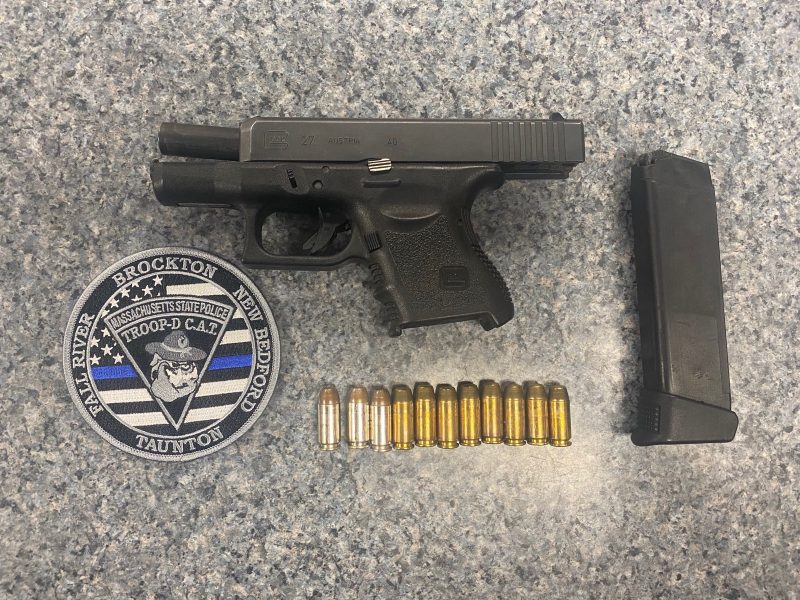 According to MSP, at about 9:24 p.m., members of the Troop D Community Action team heard Brockton Dispatch send cruisers to the area of Ames and Interval Street for shoots fired. The Troopers began to check the area. At approximately 9:38 p.m. they observed a dark colored sedan on North Montello Street parked in front of a “No Parking Any Time” sign of a closed business. The sedan was running with its lights on. The sedan did not have any registration plates attached.

Troopers walked up to the sedan and made contact with the driver, Identified as Adam McNeil, a 26-year old male, from Brockton. After a brief investigation a Glock 27 .40 S&W caliber pistol with an extended magazine was located. The Glock magazine had a capacity of 15 cartridges and had 11 live cartridges in it.

McNeil was placed under arrest. At the time of his arrest McNeil was on probation for a 2015 shooting in Worcester.

McNeil was transported to the Middleborough State Police Barracks where he was booked. Bail was set at $50,000.