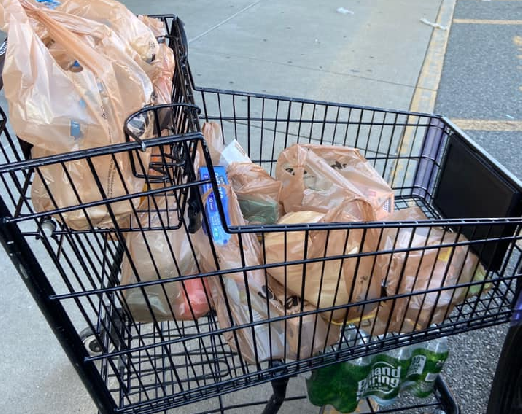 In these tough times, many are lending a hand to help those who need it. This wasn’t more evident when the Warwick Police Department, with help from the community, put themselves into action for a resident in need.

According to the Warwick Police, Friday night a call came in from West Bay Community Action that an 87-year-old woman had placed a call because she had no food in her house and West Bay was unable to help her until Monday.

A WPD officer from the Community Services Division responded to check on the elderly female and found that she did not have any food in the house.

What happened next restores some faith in humanity.

The officer asked for the woman’s grocery list and then went shopping.

With generosity from the market and also members of the public who overheard the story, the officer was able to return to the woman’s residence with every single item on her grocery list.

The elderly woman’s heart isn’t the only one that was warmed on this day.