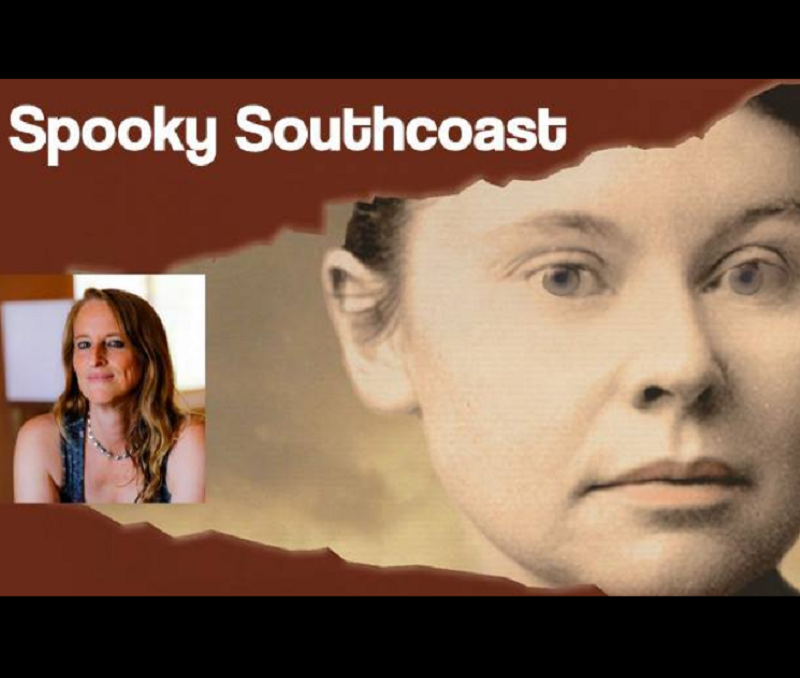 When Irish immigrant Bridget Sullivan finds a job as housemaid to a proper Victorian family, the Bordens of Fall River, she has no idea that she will land in the middle of one of the most notorious murders of the 19th century. Fiction writer Erika Mailman talks about her new, extensively researched historical novel The Murderer’s Maid on Thursday, June 7th at 7 p.m. at the Fall River Public Library.

The Murderer’s Maid is an award-winning novel that combines history, mystery, and genealogy in a clever and tightly woven tale that re-examines the Lizzie Borden case from the viewpoint of Lizzie’s Irish maid, juxtaposed with a contemporary story of a young woman on the run who finds an unexpected family connection to the 1892 Fall River murders.

“The Murderer’s Maid by Erika Mailman is the most frightening book to be published this year or for many past years. What makes it so frightening is Lizzie Borden. Her character reminds one that the scariest monster is always a human one. Don’t read this at night; it will give you nightmares.” –New York Journal of Books

Bram Stoker Award finalist Erika Mailman will discuss her research for the novel, which included spending a night in Bridget’s room at the Lizzie Borden Bed and Breakfast, and share excerpts of her work. Copies of The Murderer’s Maid will be available for purchase and signing following the event.

This free program is sponsored by The Friends of the Fall River Public Library.
For further information, contact Kate Kulpa, Assistant Library Administrator, at 508-324-2700, ext. 110