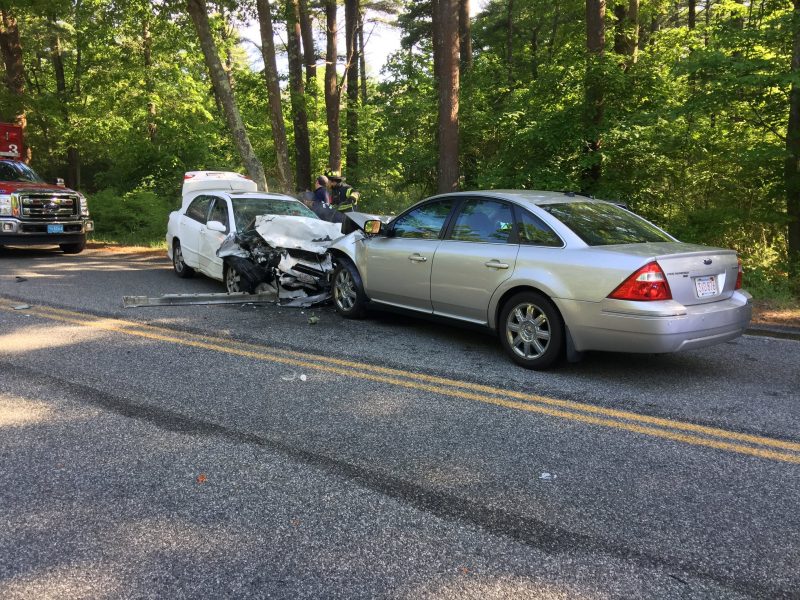 At approximately 5:00 p.m., the FPD and FFD responded to a motor vehicle accident located on Slab Ridge Road in the area of Freetown State Forest’s “Profile Rock.” Witnesses reported that two vehicles had collided head on.

Once first responders arrived on scene, they were able to locate three individuals injured within the two car wreck. All three individuals, which included an 18 month old child, was later transported to Rhodes Island Hospital by Freetown Rescue.

The accident investigation is currently being performed by Officer Ryan Pereira and Officer John Pina.

The conditions of the individuals involved in the crash are unknown at this time.