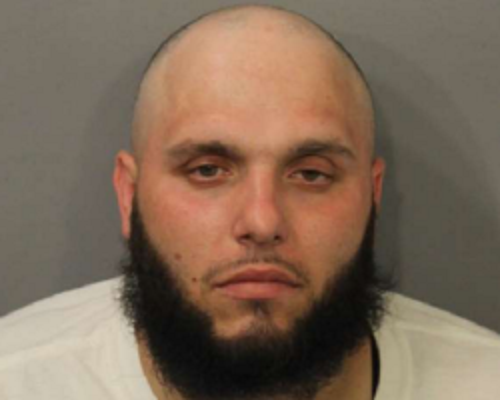 Fall River Police made a drug arrest yesterday in an area of the city that has been emphasized as of late due to a recent double fatal shooting.

According to Captain Barden Castro, Detectives assigned to the Fall River Police Department Vice and Intelligence Unit executed a search warrant in the Corky Row section of the city at an apartment on Second Street.

Upon being granted entry to the residence, detectives were able to seize approximately 10 bricks of suspected fentanyl (estimated street value of ($2,400) as well as well as $199.00, which was seized as suspected proceeds from drug sales.

The target of the search warrant, 33-year-old Aaron Gagnon, was placed under arrest and charged with possession with intent to distribute class A.