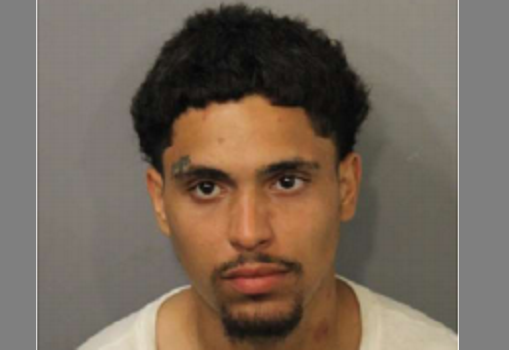 With some help from the public, Fall River Police have made an arrest in a recent purse snatching.

According to Captain Barden Castro, on Wednesday, Detectives assigned to the Fall River Police Department Major Crimes Division placed 25-year-old Jeremy Rodriguez under arrest for stealing a woman’s purse from the trunk of her car at the Walmart at 638 Quequechan Street on May 31, 2021.

Based on tips from the community after images of the suspect had been circulated by the media, Det Luis Vertentes was able to confirm that Rodriguez was the male seen on video stealing the purse from the 76-year-old victim’s car.

Rodriguez is being charged with Larceny from a Person over the age of 65 and Breaking and Entering into Vehicle in the Daytime.

The Fall River Police wanted to extend it’s appreciation to the community in helping to locate the suspect.