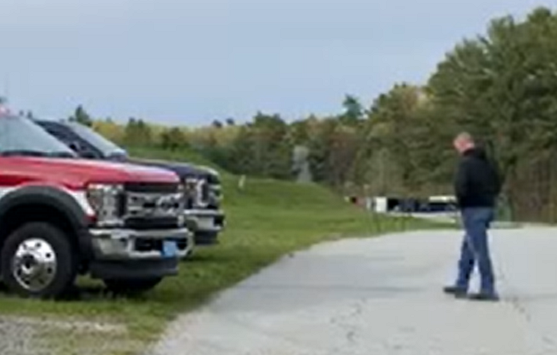 We are often asked, what was that loud bang? Police issued an explanation into the bang that could be heard Saturday evening.

According to Lt. Steven E. Abbott, a small Vietnam era grenade, believed to be an illumination grenade, was discovered inside a storage trailer on a property in East Freetown.

Freetown Police and Fire units were dispatched. State Police bomb disposal technicians responded. The device was transported to the Freetown Transfer Station in Assonet where it was disposed of by detonation at approximately 6:00 p.m.

While there was no danger to residents during the disposal process, a reverse 911 call was made so that residents were alerted to the the loud report and vibration caused by the detonation.

This is the second incident within the past two weeks involving an explosive device. On April 24, two artillery shells that had been deposited into a scrap metal container, at the transfer station, were detonated on site by the State Police.